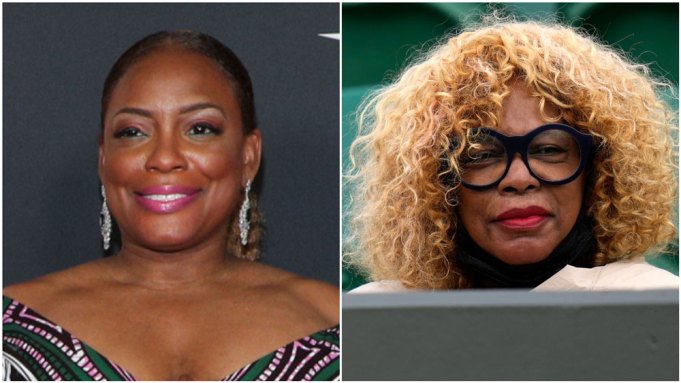 When “King Richard” star Aunjanue Ellis was approached to portray Oracene “Brandy” Williams (née Price) in a film about the early years of Venus and Serena Williams’ tennis career, the actor was primarily excited to celebrate the first family of tennis. Ellis describes the opportunity to play Price as “one of the greatest honors I’ve ever had as an actor,” but admits that there was so much about the Williams household — and about Price specifically — that she didn’t know.

“I only knew of her from being in the stands and having these dope shades on every time. We see her, but I didn’t know her,” Ellis explained during a panel conversation with Price, moderated by Variety.

But once she started doing her research for the film, Ellis learned the full truth about the Williams family matriarch, including how much coaching she did for the girls on the court, after having taught herself to play tennis, in addition to her work outside the home as a nurse.

For Price, the experience of having her and her family’s story told has been full of mixed emotions. After meeting with the filmmakers behind the project, including director Reinaldo Marcus Green and screenwriter Zach Baylin, the Williams family played an integral role behind the scenes of “King Richard,” helping to inform the script by sitting for interviews revealing details about their lives and giving the final sign off on the movie as executive producers.

But despite her involvement, Price wasn’t sure if she would watch the finished movie. “At first I wasn’t going to look at it, because I don’t want to see me,” she confessed.

When the film came out in theaters and on HBO Max in November, though, people started to reach out to her about it.

“My sister called and she told me, ‘That was you.’ And everyone that knows me said, ‘That was you,’” Price recalled. “Sometimes we don’t see ourselves as we are, but when other people see the embodiment portrayed by someone else, I said, ‘Okay, that was me.’”

Price was particularly impressed by the fact that she and Ellis only spoke about the part once.

“I didn’t come to L.A. [because] COVID and everything was going on, but she talked to me on the phone one time, and then she gave my character who I was,” she said, praising Ellis. “That’s what I wanted. I wanted someone to portray me for me, and not something that’s they thought of in their own mind, and she did a great job.”

While Price’s endorsement is certainly the most important thumbs up that Ellis could receive, numerous critics groups and the Academy membership have agreed with her assessment. Earlier this month, Ellis was nominated for an Oscar for best supporting actress, her first nod and one of six the film received.

Price and Ellis were joined for the conversation by “King Richard” Green and Baylin (also nominated for best original screenplay), who described how they approached telling the Williams family story through the tennis film.

Baylin noted that it was a “pretty labyrinthian journey” to nail Oracene’s character. The first draft of his script came from reading every news clipping and watching every interview he could find from the time period.

“Frankly, there was not as much video of Oracene in those years as there was Richard,” he explained. “I felt like I had a pretty good handle on how he spoke, on what his perspective was. But Oracene was a little bit more of an enigma to me.”

The key to cracking the code was personal meetings with Price and her daughter Isha, who served as an executive producer on the film, as well as Venus and Serena, where they walked the filmmakers through scenes in the film to tell them how things really happened.

“The biggest thing that the family said to me, Rei, Tim and the producers, was how much of a backbone Oracene had been — not just being the breadwinner, being the person who was really running the family home, but also being a hugely integral part of their, of their tennis development and upbringing and coaching,” Baylin said. “It was hugely important to everyone that that was represented accurately in the script.”

Armed with three or four hours of taped interviews, the filmmakers and Ellis got to work on fleshing out the character to make sure Oracene felt truly alive and accurate.

“I’ve never had the chance to say it to you Oracene, but thank you,” Green chimed in. “Thank you from the bottom of my heart for allowing us to make this movie. It was a true honor to tell your story and your family story.”

He added: “I could not think of a better person than Aunjanue Ellis to have done this role, to portray you in the film. I think she did it completely with honesty and truth and justice. It just brings me so much joy to see you up on the screen depicted in that way.”

Price says that she and her family trusted the filmmakers (including star and producer Will Smith) because “they were honest and they wanted to get the real story.” From her perspective, the team were looking to get to the heart of things in an authentic and no-holds-barred way, not some “cracker box” version. “I didn’t want any lies in the movie, at all,” she noted.

As the conversation continued, Ellis, Green, Baylin and Price looked back on major moments in the film, including the “Kitchen Scene,” where Oracene and Richard get real about the state of their marriage and family dynamic.

“I thought it represented me because the things that she said, it may not have been the exact words, but it represented who I am,” Price said of the scene. “I’m quiet in the background, but I don’t play; I don’t mess. [Laughs] Don’t just think I’m a pushover. I don’t like confrontation, but that doesn’t mean I’m afraid of it. And I try to avoid it. I try to be peaceful. And that’s about it, then I just go on with my life, forgive and forget.”

From an actor’s point of view, Ellis explained that the scene demonstrates Price as a woman of conviction and as a woman of faith. As she continued discussing what struck her most about Price in that scene, Ellis got choked up.

“The reason why I respect you so much, is because… ” Ellis began, hesitating to gather her self. “You’re my grandmother, you’re my mother, you are so many women, particularly Black women, who no one knows. And I have to say that it hurts me that I didn’t know you.”

“I didn’t know that one of the reasons that I’m so proud of Venus and Serena is because of you,” she continued. “It’s not just their tennis; It’s because you put those beads in their hair, and the reason why you put those beads in their hair. When I read Zach’s script, that was my favorite scene in the whole movie. Knowing the history behind that, and that you did that, I was like, ‘Yes.’”

So in that scene, and throughout the whole film, Ellis took the responsibility to portray Price especially seriously.

Watch the full conversation above as the group looks back on more standout moments from the film and as Price reflects on the lessons and legacy she aimed to instill into Venus and Serena.