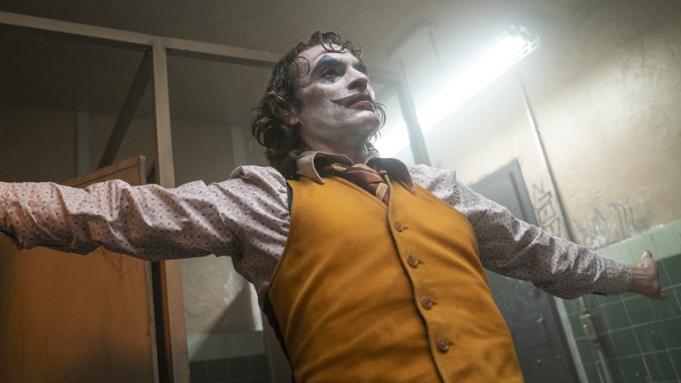 Director Todd Phillips posted to Instagram the first confirmation that the sequel to 2019’s “Joker” is moving forward on Tuesday — including the cover of the script, written by Phillips and Scott Silver, his collaborator on the first film, with the eyebrow-raising title “Joker: Folie à Deux.”

In the same post, Phillips included a shot of star Joaquin Phoenix reading the screenplay.

Phillips’ original “Joker” film reframed the iconic Batman villain into an anti-hero character study about a struggling comedian and part-time clown performer named Arthur Fleck who becomes a folk hero in Gotham City after he lashes out in acts of shocking violence. Moody, dark and studiously avoiding the action beats typical of superhero cinema, the film was still a massive global blockbuster, grossing over $1 billion worldwide. It earned 12 Oscar nominations, including for best picture, best director for Phillips, and best adapted screenplay for Phillips and Silver. Phoenix won the Oscar for best actor and Hildur Guðnadóttir won for best original score.

Soon after the film’s debut in 2019, Phillips and Silver met with then-Warner Bros. film chief Toby Emmerich about a possible sequel. Since then, Matt Reeves’ “The Batman” survived a pandemic shutdown and star Robert Pattinson contracting COVID the day after the film restarted, to become one of the first global blockbusters of pandemic era, grossing $770.3 million in global box office returns. Both “Joker” and “The Batman” exist in separate continuities from the other DC adaptations — Reeves even cast Barry Keoghan to play a different version of the Joker in a cameo role.

While Phillips did not share any plot details about the new “Joker” movie in his Instagram post, the title does offer some intriguing implications. Translated literally as “shared madness,” folie à deux is a layman’s term for shared delusional disorder. That could refer to how Arthur’s villainy is widely embraced by Gotham City in the first film, but it could also suggest that Phillips’ sequel will bring his own interpretation of Joker’s main (and, really, only) partner in life, crime and madness, Harley Quinn — who has been played in other DC adaptations by Margot Robbie (in live-action) and Kaley Cuoco (in animation).