Joao Pedro Rodrigues and Joao Mata Drop Trailer for ‘Where is This Street?’ (EXCLUSIVE) 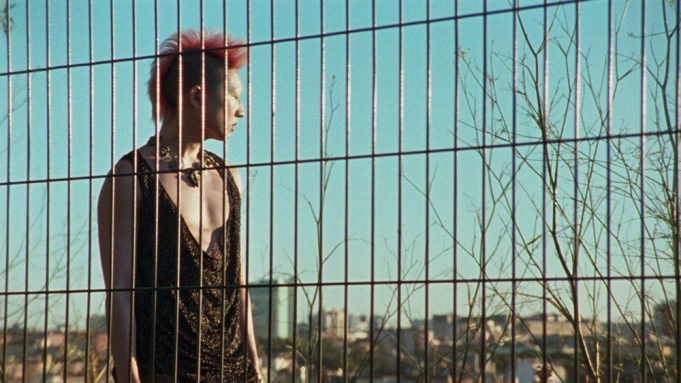 “Where is This Street? or With No Before and After,” co-directed by João Pedro Rodrigues and João Rui Guerra da Mata, is screening in competition at Locarno.

The pic revisits locations and themes from Paulo Rocha’s 1963 film “Os Verdes Anos” (“The Green Years”), a best first film winner at Locarno in 1964 and considered to be a point of departure for Portugal’s Cinema Novo movement.

“We believe that the film works at its own level, and also gains further levels of meaning when viewed in conjunction with ‘Os Verdes Anos,’” explains Rodrigues. “By revisiting locations from the 1963 film, but without people, we planned to make an ode to Lisbon, a symphony of the city, working in the tradition of directors such as Walter Ruttman. This idea, that predated the pandemic, foresaw the atmosphere created by the lockdown which suddenly emptied the city.”

Rodrigues studied under Paulo Rocha at Lisbon Film School and inherited an apartment from his grandparents that overlooks a decor that appeared in the 1963 film.

Midway through their film, Rodrigues and Mata appear in the apartment window, looking down at actress Isabel Ruth, who starred in “The Green Years,” and begins by reprising the latter’s theme song and then segues into a love song that she herself composed.

Whereas Rocha’s film features two young lovers, in their “green years” of youth, whose energy and romantic attraction clashes with the claustrophobic and conservative environment of Lisbon during the Salazar dictatorship, “Where Is This Street?” shows a Lisbon emptied by the lockdown restrictions, in a new and even more oppressive form of claustrophobia.

“It’s almost as if the film was infected by the pandemic. It’s more or less a documentary, in which I revisit the places and show how they have changed, with an improvised soundtrack based on the original score,” explains Rodrigues.

Whereas the 1963 film revolves around a tale of doomed romance, “Street” explores an eternal faith in love and passion for Lisbon. Ruth sings: “Lisbon you are so different but for me you are still the same. Wherever I go Lisbon, you will come with me.”

Another important backdrop to the film is the presence of nature, in particular trees, in the sprawling urban mass of Lisbon. This theme was already present in the 1963 film, that showed a Lisbon at the crossroads between a rural and modern existence. The lockdown curfew reveals a renewed power of nature against an expanding concrete jungle.

The contemplative, roving gaze of the pic marks a major shift from Rodrigues’ recent films, including his musical fantasy, “Will-O’-the-Wisp,” which premiered at this year’s Cannes Director’s Fortnight.

Rodrigues and Mata have worked together on previous projects. The latter was screenwriter and production designer-art director on “Will-O’-the-Wisp,” and they co-directed the 2012 pic, “The Last Time I Saw Macao.”

“Street” is described as a “contemporary jazz impro from a score written in 1963.” The original score for “The Green Years” was written and performed by the late Portuguese guitar player, Carlos Paredes, and its romantic theme song has become a classic, whose subtle melodies are explored in the new film.

“Where is This Street? or With No Before and After” is a Portuguese-French co-production, produced by Terratreme Filmes and co-produced by House on Fire, Filmes Fantasma, in association with Arte France – La Lucarne.