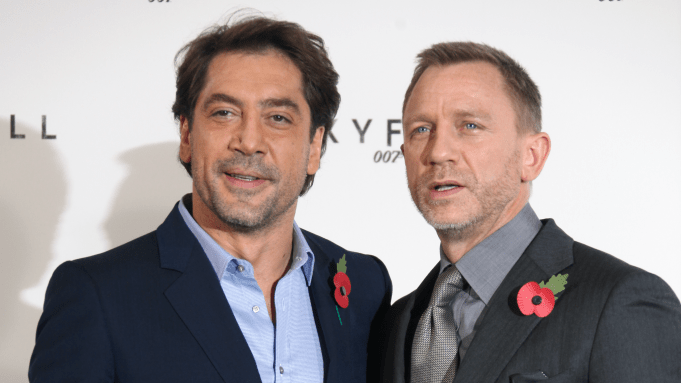 Daniel Craig and Javier Bardem became close friends during the making of Sam Mendes’ 2012 James Bond tentpole “Skyfall,” so much so that Bardem once serenaded Craig for his birthday in Marilyn Monroe fashion. True to the spirit of their friendship, Bardem did so while dressed in drag as a Bond girl. The performers revealed as much while reuniting for Variety‘s Actors on Actors, presented by Amazon Studios. Craig and Bardem’s birthdays are a day apart in March, so they decided to throw a joint birthday party together.

“I remember you were in drag, but I know that’s a whole other story,” Craig said

“Coming out of a cake,” Bardem added. “I was supposed to be the Bond girl that night, and oh, my God, I was.”

Bardem’s Oscar-contending role in Aaron Sorkin’s “Being the Ricardos” required the actor to sing on screen in scenes in which Desi Arnaz is playing the drums and singing while fronting the Desi Arnaz Orchestra. Craig told Bardem he had “no idea” that his former Bond villain had such musical chops. Bardem admitted he had not had much musical experience before the role, other than that joint birthday bash.

“Well, [I’m not musical], apart from coming out of birthday cakes dressed like a Bond girl,” Bardem told Craig. “I sang ‘Happy Birthday to You’ in my best Marilyn Monroe impersonation. When [the ‘Being the Ricardos’ team] told me to sing, I was like, ‘Are you sure of that? Are you sure you want me singing?’ And then I try.”

Elsewhere in the conversation, Bardem heaped praise on Craig for the latter’s “brilliant” turn hosting “Saturday Night Live” just before the pandemic. Craig encouraged Bardem to try hosting in the future, adding, “You would be unbelievable.”

“Your comedy chops are so brilliant,” Bardem told Craig. “I don’t know how you were able to bring that in such a relaxed way. Because for me, the thing that blocks the first when you’re nervous is the sense of humor.”

Watch Bardem and Craig’s full conversation as part of Variety’s “Actors on Actors” in the video below.