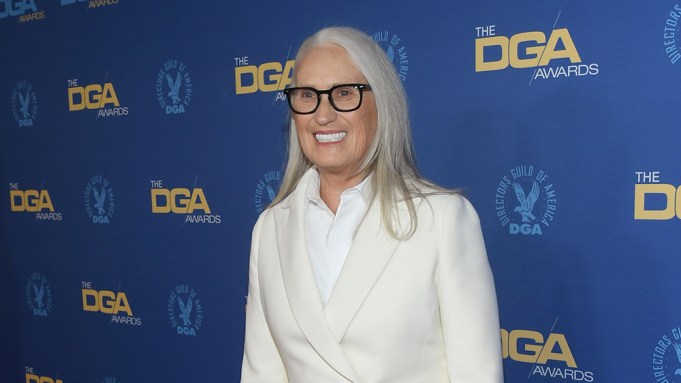 Director Jane Campion didn’t hold back Saturday night at the DGA Awards when asked for her response to caustic and homophobic comments that veteran actor Sam Elliott made recently about Campion’s Oscar contender “The Power of the Dog.”

“I’m sorry, he was being a little bit of a B-I-T-C-H. He’s not a cowboy; he’s an actor,” Campion told Variety before the ceremony. “The West is a mythic space and there’s a lot of room on the range. I think it’s a little bit sexist.”

Elliott, who is known for his work in Westerns, criticized aspects of Campion’s take on a Western thriller during his recent guest appearance on Marc Maron’s “WTF” podcast. Elliott flatly called the Netflix drama “a piece of shit” and questioned “where’s the Western in this Western?” Elliott asked. He took aim at star Benedict Cumberbatch as well.

“I mean, Cumberbatch never got out of his fucking chaps. He had two pairs of chaps — a woolly pair and a leather pair. And every fucking time he would walk in from somewhere — he never was on a horse, maybe once — he’d walk into the fucking house, storm up the fucking stairs, go lay in his bed in his chaps and play his banjo,” Elliott said. “It’s like, what the fuck?”

Campion told Variety that she takes a more expansive view of the Western genre, and that she flatly views Elliott’s crude criticism as a slight against her as a female artist.

“When you think about the number of amazing Westerns made in Spain by (director) Sergio Leone,” she said. “I consider myself a creator. I think he thinks of me as a woman or something lesser first, and I don’t appreciate that.”