Continue to Variety SKIP AD
You will be redirected back to your article in seconds
Jul 25, 2022 7:25am PT 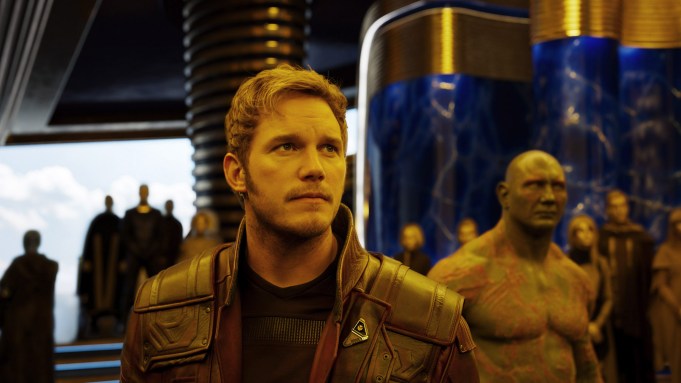 The visual effects in the first official trailer for James Gunn’s “Guardians of the Galaxy Vol. 3” aren’t ready for their internet close-up. The final installment in the director’s “Guardians” trilogy made headlines out of Comic-Con over the weekend thanks to the trailer’s debut, but only Hall H attendees got to see the never-before-seen footage. Marvel did not release the “Guardians of the Galaxy Vol. 3” trailer online for the public. Gunn took to Twitter to explain why.

“I wish you could have [seen it] too,” Gunn replied on social media to one fan who was outraged over Marvel’s decision not to release the trailer online. “But it’s not just Marvel, it’s also me. Although I love the teaser, some VFX aren’t where I’d want them to be for repeated views and close inspection — remember we didn’t wrap long ago — so you’ll have to wait just a beat! Sorry!”

As Variety reported out of Comic-Con: “In the trailer for ‘Vol. 3,’ Gamora no longer remembers her fellow Guardian crew members. The trailer also teases Rocket’s origin and an all-gold, super-buff Adam Warlock, played by MCU newcomer Will Poulter. Groot appears as a young adult. The clip is set to The Flaming Lips’ ‘Do You Realize.’ The trailer also confirms ‘Borat 2’ Oscar nominee Maria Balakova is playing Cosmo the Space Dog.”

“This is the end of that story,” Gunn said at Comic-Con, re-confirming that “Vol. 3” will be his last “Guardians of the Galaxy” movie. “I’m sorry. Some stories have an end. It doesn’t mean everybody dies.”

The film will once again feature Chris Pratt as Star-Lord, Zoe Saldana as Gamora, Dave Bautista as Drax the Destroyer, Bradley Cooper as Rocket Raccoon, Vin Diesel as Groot, Karen Gillan as Nebula, Pom Klementieff as Mantis, Sean Gunn as Kraglin and Elizabeth Debicki as Ayesha.

I wish you could have too. But it’s not just Marvel, it’s also me. Although I love the teaser some VFX aren’t where I’d want them to be for repeated views & close inspection – remember we didn’t wrap long ago – so you’ll have to wait just a beat! Sorry! https://t.co/NAz0gIedo8