Sundance: ‘Honk for Jesus. Save Your Soul’ Sells to Focus Features, Peacock and Jordan Peele’s Monkeypaw for $8.5 Million 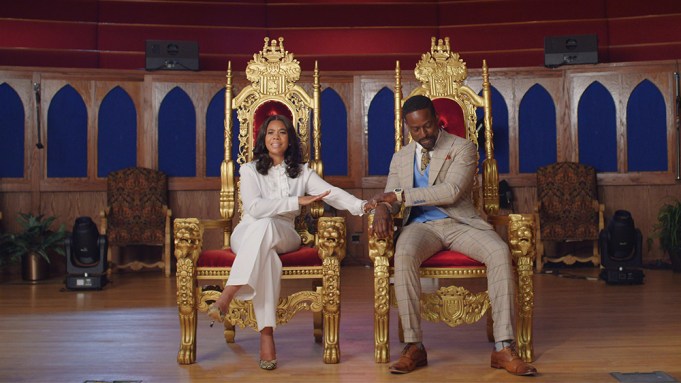 Put away the collection plate, “Honk for Jesus. Save Your Soul” finally has a buyer. Focus Features, Peacock and Jordan Peele’s MonkeyPaw Productions have acquired worldwide rights to the megachurch satire starring Sterling K. Brown and Regina Hall. The deal was worth a reported $8.5 million.

The movie, which premiered at the Sundance Film Festival to positive reviews, will debut in theaters and on NBCUniversal’s streaming service Peacock later this year.

Writer-director Adamma Ebo and producer Adanne Ebo, the filmmaking sibling duo known as the Ebo twins, make their feature film debut with “Honk for Jesus. Save Your Soul.”

“We’re so unbelievably blessed and hyped to be partners with Focus and Monkeypaw on our first feature film,” they said in a statement. “Their commitment to our vision as filmmakers and bolstering the film as a whole is amazing and we cannot wait to bring it to the world with this team.”

Adapted from their 2018 short film of the same name, “Honk for Jesus. Save Your Soul” follows pastor Lee-Curtis Childs (Brown) and his first lady Trinitie (Hall) as they aim to rebuild their congregation after a scandal effectively closes their Atlanta megachurch, which maxed out at around 26,000 worshippers. The couple hire a documentary crew to chronicle their comeback, but the road to redemption — especially in the competitive business of corporatized and commodified Christianity — doesn’t prove easy. Nicole Beharie and Conphidance also star in the satire as rival church leaders nipping at the Childs’ heels.

“Adamma and Adanne’s fresh, unique voices deliver such an authentic, hilarious and searing experience. Their vision coupled with the talents of Regina and Sterling deserved all the acclaim Sundance audiences gave it,” said Focus Features chairman Peter Kujawski. “I am so thrilled that we get to bring the film to worldwide audiences with Peacock and Monkeypaw.”

Though an exact release date has not been announced, the film will land on Peacock the same day as its theatrical release.

“We are excited to partner with Focus Features and Monkeypaw to bring “Honk for Jesus. Save Your Soul” to Peacock customers day-and-date with its theatrical release,” said Val Boreland, executive VP of content acquisition at NBCUniversal entertainment, television and streaming. “We continue to expand the Peacock catalog with fresh stories from new creators like the Ebo twins, whose feature film debut already has Sundance audiences buzzing and is certain to delight viewers everywhere with its magnetic mix of satirical humor and drama.”

Following its Sundance sale, Peele, the Oscar-winning director of “Get Out,” has joined the film as an executive producer through his company MonkeyPaw Productions.

Monkeypaw’s president Win Rosenfeld said, “Central to Monkeypaw’s mission is working with emerging filmmakers who are telling fresh and disruptive stories in mischievous new ways. We are so fortunate that the brilliant Adamma and Adanne Ebo have chosen to partner with us on the release of their hilarious ‘Honk for Jesus. Save Your Soul.’ They’re master satirists and have found both humor and heart in this fierce and provocative critique of hypocrisy.”

Pinky Promise founder and CEO Burgum added, “I am thrilled to collaborate alongside Adamma and Adanne Ebo and see that their creative vision has been realized. Focus Features and Monkeypaw Productions have an eye for incredible storytelling and for them to appreciate the nuances of “Honk for Jesus” truly makes for the best partnership I could have ever imagined. Regina Hall and Sterling K. Brown delivered unforgettable performances that I can’t wait for audiences to witness; I’m giddy just thinking about it!”

Following “Honk for Jesus,” the Ebo sisters are working on Donald Glover’s upcoming “Mr. & Mrs. Smith” series at Amazon, as well as Julie Plec and Greg Berlanti’s CW show “The Girls on the Bus.”

The deal for the film was negotiated by UTA Independent Film Group, CAA Media Finance and ICM Partners. UTA represents the Ebo Twins and Pinky Promise; Monkeypaw is represented by CAA and Jared Levine.