Gloria Allred: All of Harvey Weinstein’s Victims Should Be Allowed to Speak at Sentencing (EXCLUSIVE) 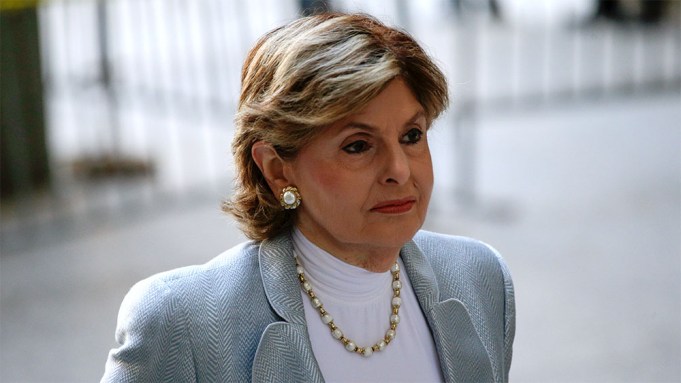 In an interview with Variety after the verdict, Allred said that she was “disturbed” that none of her clients will be allowed to speak at Weinstein’s sentencing.

Judge Lisa B. Lench has said she will allow only one victim to address the court: Jane Doe #1, the only one whose allegations resulted in a conviction.

Allred said her clients “went through a grueling, challenging and brutal cross-examination, and they did it for the cause of justice. They should have an opportunity to give a victim impact statement at the sentencing, even though he was not convicted on any charges.” She added, “Why can’t they speak out in the court?”

Allred said she will push for new legislation to give all victims whose allegations are charged in the complaint the right to be heard at sentencing — even if the allegations do not lead to a conviction.

“I see a need for a change in the law for victims coming out of this trial,” she said.

Weinstein was convicted on Monday of raping and sexually assaulting Jane Doe #1. But he was acquitted on the charge related to Jane Doe #3, and the jury was hung on Jane Doe #2 and Jane Doe #4.

Prosecutors asked Lench to allow victim statements from all eight women who testified in the trial, and also accusers who were not involved in the trial, but who have made public allegations against him. The judge declined that request.

“We vociferously object to any alleged victim for whom the jury was hung,” Weinstein’s attorney, Mark Werksman said in court, objecting to “any of them being considered victims.”

After brief consideration, Lench said, “I’m not going to make this an open forum on all of the allegations that were presented in this trial.”

Allred represented Jane Doe #2, Lauren Young, in addition to a “prior bad acts” witness, Natassia M. She also represents another woman, who would have been Jane Doe #5, but ultimately did not testify. Her charges were dropped midway through the trial.

Allred declined to comment on why Jane Doe #5 was not called by the prosecution, but told Variety that she “would like to speak at the sentencing and give a victim impact statement.”

Victims do not have the right to provide statements unless there is a conviction. Allred believes that allowing more women to give victim impact statements is more probative than prejudicial, and would help “lead to the truth.”

“I think that is necessary to make it a matter of right — not just within the discretion of the court [and] the judge to decide if they will be allowed to speak,” Allred said. “I would like to see it as a matter of right, and for that we’re going to need to go to the Legislature in California,” she added. “My sense of it is there will be many who will wish to testify who have been deprived of that opportunity to give their victim impact statement. This calls for a really important change in the law.”

“I am now going to begin to advocate that any other person for whom a criminal complaint has been filed should be permitted to speak and give a victim impact statement at any sentencing hearing from that same criminal complaint against the same defendant, even if there’s no conviction.”

Allred says that her three clients were “heartbroken” when they learned of the judge’s ruling.

“I will say it is extremely upsetting right now to my clients … that they have been denied that opportunity to have their voices heard at the sentencing,” Allred says. “It’s so important to them emotionally, and I do think it is relevant and should be put on the record. They should not be silenced.”