Continue to Variety SKIP AD
You will be redirected back to your article in seconds
Dec 20, 2022 6:00am PT 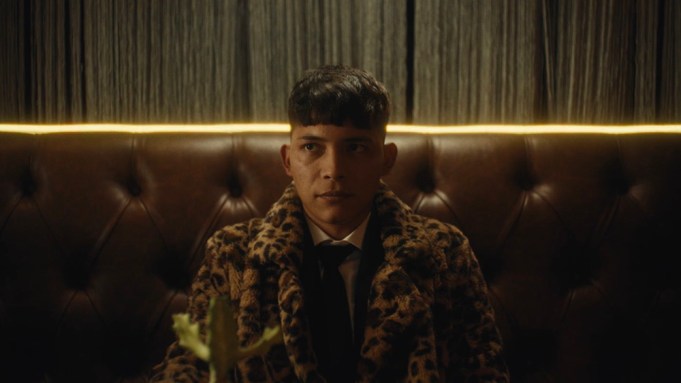 Fremantle has released the first teaser, a clip from part of a key scene, for Sofía Auza’s “Adolfo,” produced by The Immigrant. Recently presented at MipCancun, the U.S.-Mexican feature will soon celebrate its world premiere at the Generation 14plus section of February’s Berlin Film Festival.

“My dream has always been to make movies, but it was also something I thought might never actually happen. The fact that ‘Adolfo’ got produced was already amazing, and finding out that we will premiere at Berlin feels like an absolute dream come true,” said the director.

“Berlin was always our main target. We think the film will play beautifully there,” added Camila Jiménez-Villa, The Immigrant’s co-founder and CEO, and company co-founder Silvana Aguirre,.

“Sofia paints a world where pain very much exists but is mitigated by the warmth of human connection. It’s a hopeful and universal message, and I am sure it will resonate with audiences of all ages globally.”

The bittersweet story – previously explored in Auza’s 2019 short – sees Juan Daniel García Treviño and Rocío de la Mañana as two strangers who meet at a deserted bus stop at a crucial point in their lives.

Over the course of one night, Hugo and Momo will try to get to know each other and let go of many traumas and fears. All the while trying to find a good home for Adolfo, Hugo’s cactus that used to belong to his dad.

“I wanted to express this feeling of spending the whole night with someone, when maybe connections are a bit deeper and the light is only illuminating the most important places,” Auza told Variety back in November.

“Sometimes, you meet people and share a moment with them, and then you move on. But this brief moment can still change the way you look at life or help you notice things you haven’t noticed before.”

In her debut feature, Auza combines humor with darker topics, as despite their young age her protagonists have already been through a lot. Having gone through an overdose, like Momo, or dealing with a painful loss of a family member.

“This is such an exciting time to be making movies in Mexico and it’s mainly because the younger audiences are ready and hungry for something different. They are the ones giving us the space to create movies that drift away from what we’ve seen before,” Auza notes.

Already busy developing new projects – including series “Yellow” for Lionsgate+ – Auza is readying to leave her characters behind, she says. But she is excited to find out the audience’s reaction first.

“It was a very personal project. I wrote the film for myself, probably in an attempt to find beauty in goodbyes, so hearing how people are connecting with the story has been quite special. It feels like sharing a very vulnerable part of myself, but that’s part of the magic of making a movie,” she says.

“Saying goodbye to Hugo, Momo and of course Adolfo, is definitely bittersweet, but I’m happy to start a new adventure. It thrills me to let go and hope the movie finds its new home in the world. Just like Adolfo.”