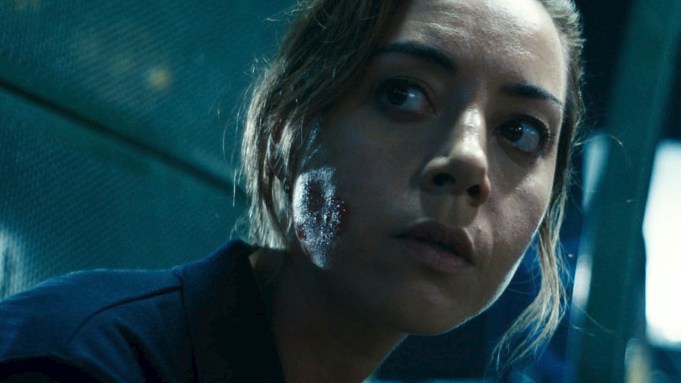 Following its premiere at this year’s virtual Sundance Film Festival, Aubrey Plaza’s crime thriller “Emily the Criminal” has been sold to Roadside Attractions and Vertical Entertainment.

The movie is slated to release exclusively in theaters in 2022. Redbox Entertainment has home entertainment rights. An exact release date has not been scheduled yet.

John Patton Ford directed “Emily the Criminal,” a tense story that follows a college graduate (Plaza) saddled with student debt and unable to find a job due to a minor criminal record. Desperate for income, she starts working as a “dummy shopper,” buying TV shows, cars and items that get increasingly riskier, with stolen credit cards supplied by a middleman. Additional cast members include Theo Rossi (“Army of the Dead”), Megalyn Echikunwoke (“Late Night”) and Gina Gershon (“Blockers”).

“Plaza, who also produced the film, is strong as a scammer who invites sympathy and simultaneously pushes it away,” Nicholson wrote.

Vertical Entertainment’s partner and CEO Peter Jarowey added, “When we saw the film, we knew we had to have it. It is an exceptional story that is sure to excite and thrill audiences. We are excited to bring two long-standing collaborators in Roadside and Redbox together on one film that we care so deeply about. It’s a win-win for everyone involved.”

The filmmakers emphasized their desire for “Emily the Criminal” to play only in theaters.

“We continue to believe in the importance of the theatrical experience and the power of watching movies together on a big screen, and couldn’t be more excited and confident in our stellar partners at Roadside and Vertical to connect our film with audiences everywhere,” they said in a joint statement.