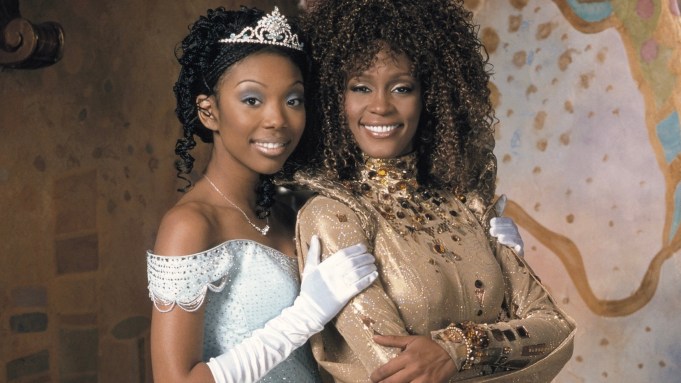 Grab your glass slippers — “Rodgers & Hammerstein’s Cinderella” is coming back to TV.

In celebration of the beloved fairytale musical’s 25th anniversary, ABC will air a special edition of the news program “20/20” that will reunite the cast of the television film, set to air on Aug. 23. The film’s entire surviving cast — including Brandy as the titular princess, Paolo Montalban as the prince, Jason Alexander as his valet Lionel, Whoopi Goldberg as the queen, Victor Garber as the king, Bernadette Peters as the wicked stepmother and Veanne Cox as one of the stepsisters — will return for the special, which will be followed by the first broadcast airing of the original film in two decades.

The third televised version of Richard Rodgers and Oscar Hammerstein II’s 1957 musical — which initially starred Julie Andrews in the title role — “Cinderella” first premiered on ABC in November 1997. The film received mixed reviews at the time, but was a ratings success, airing to 60 million viewers in its original broadcast. Over time, the film has become regarded as a classic, and has been noted for the groundbreaking diversity of its cast, including Brandy as a Black Cinderella and Montalban as a Filipino prince. The film was released on Disney+ last year during Black History Month, after Brandy herself campaigned for it to be added to the service.

In addition to reuniting the original cast, the “20/20” special will also feature behind-the-scenes footage with the late Houston and interviews with producers Debra Martin Chase and Neil Meron and costume designer Ellen Mirojnick. The special will explore how the original film’s diverse casting influenced representation in Hollywood via interviews with figures such as Billy Porter, who played the fairy godmother in a version of “Cinderella” from last year, “Beauty and the Beast” stage actor Jade Jones and singer Todrick Hall.

“We’re delighted that the 25th anniversary of this landmark incarnation of ‘Rodgers & Hammerstein’s Cinderella’ is being celebrated on its original network,” Imogen Lloyd Webber, SVP at Concord Theatricals, said in a statement on behalf of the Rodgers & Hammerstein Organization. “Rodgers & Hammerstein’s unforgettable score is truly timeless — still enchanting listeners 80 years after their partnership began and 65 years since their ‘Cinderella’ first charmed the largest audience in television history.”