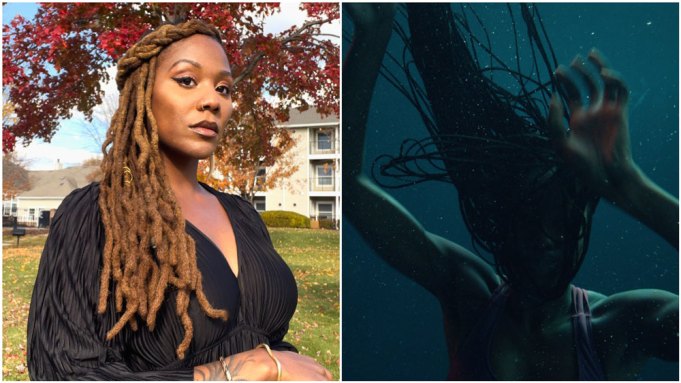 The companies jointly secured worldwide rights for the horror-drama, which premiered to rave reviews at Sundance in January, before ultimately winning the Sundance Grand Jury Prize, making history as the first horror film to take the festival’s top honor. Jusu is also only the second Black woman director to win the award.

The film was acquired from Topic Studios, Stay Gold Features and LinLay Productions in a competitive bidding situation. The deal was negotiated by CAA Media Finance.

“Knowing my first feature, ‘Nanny,’ is now among a roster of provocative and iconic work at Amazon is rewarding,” stated Jusu. “Coupled with Blumhouse’s recognizability in the world of genre, horror specifically, I’m excited to be in the warm embrace of a team at the intersection of bold content and indie filmmaking sensibilities. My hope is that this acquisition stands as a testament to their continued bravery in ushering in unique voices.”

Prime Video and Blumhouse Television’s acquisition of “Nanny” continues the companies’ successful collaboration, forged in 2019 to release genre films under the banner “Welcome to the Blumhouse” in 2020 and 2021.

“We’re proud to have writer/director Nikyatu Jusu’s Nanny as part of our slate for Amazon,” shared Blumhouse founder and CEO Jason Blum. “It’s a gem of a horror film that combines impressive filmmaking and powerful storytelling, and is worthy of the Grand Jury Prize it was awarded at Sundance.”

Julie Rapaport, head of movies at Amazon Studios, commented: “With ‘Nanny,’ Nikaytu Jusu has crafted a film that is as haunting as it is powerful. From the exceptional performances to its strong visual language, we can’t wait to share Nanny with our global audience and to continue our longstanding collaboration with Blumhouse.”

“Nikyatu is an immensely talented and visionary director whose haunting, unforgettable film mesmerized audiences at Sundance. We couldn’t imagine better partners to now share Nanny with the world than the exceptional teams at Blumhouse and Amazon,” stated Zuckerman and Lundberg.

Added Lay and Montano: “Nikyatu is a singular filmmaker, and supporting her on her debut feature has been rewarding. From building a truly multicultural team behind the camera, to linking arms with Blumhouse and Amazon, it’s been amazing.”

Jusu has been in high demand following the movie’s Sundance debut, with Jordan Peele’s Monkeypaw Productions and Universal nabbing the rights to the filmmaker’s next movie, an untitled horror film, co-written with Fredrica Bailey (“See You Yesterday”) based on an original idea by Jusu. She is represented by M88, CAA and Granderson Des Rochers.