As ‘Blonde’ Goes No. 1 on Netflix, Viewers Lash Out: ‘So Sexist,’ ‘Cruel’ and ‘One of the Most Detestable Movies’ Ever Made 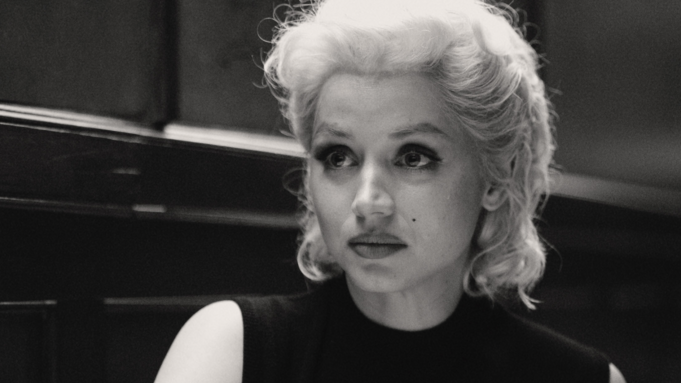 Andrew Dominik’s “Blonde,” starring Ana de Armas as Marilyn Monroe, skyrocketed to the top of Netflix’s movie chart after its first day available to stream, but the NC-17 drama is leaving many subscribers outraged. The film may have been the talk of the Venice Film Festival with its 14-minute standing ovation, but critics and viewers are calling it “sexist,” “cruel” and “one of the most detestable movies” ever made.

“Given all the indignities and horrors that Marilyn Monroe endured during her 36 years, it is a relief that she didn’t have to suffer through the vulgarities of ‘Blonde,’ the latest necrophiliac entertainment to exploit her,” wrote The New York Times film critic Manohla Dargis, who panned the movie in her review.

“Blonde” is based on the Joyce Carol Oates novel of the same name and loosely recreates the many heartbreaks and tragedies of Monroe’s life and career, from her abusive mother to various sexual assaults in Hollywood. While Ana de Armas’ performance has received universal acclaim, the film itself has ignited outrage for its non-stop harassment, exploitation and traumatization of Monroe.

“I had the extreme misfortune of watching ‘Blonde’ on Netflix last night and let me tell you that movie is so anti-abortion, so sexist, so exploitative,” added Steph Herold, an abortion researcher at the University of California, San Francisco. “Cannot recommend it LESS. Do not watch. The abortion scenes in particular are terrible, but so is the whole entire movie.”

Herold added, “It depicts Marilyn being coerced into her first abortion, screaming on the table that she’s changed her mind, and then she hallucinates finding a crying baby in her childhood home, which is engulfed in flames.”

Justin Chang, film critic for the Los Angeles Times, wrote in his review, “The film isn’t really about Marilyn Monroe. It’s about making her suffer.”

“When a movie is truly shattering or devastating, there’s a residual sense of gratitude for what you’ve been through: the necessity of being shaken,” noted Adam Nayman, film essayist and critic for The Ringer. “‘Blonde’ is the kind of movie that brutalizes you for three hours, feigns a sigh, and says, ‘You’re welcome.’ Well, thanks for nothing.”

One viewer claimed on Twitter that the film exists to “put Norma/Marilyn in a box that only allows her to be abused, sexualized, or to call people daddy,” adding, “Maybe we stop letting misogynistic men try to make groundbreaking films about women of which they know nothing about.”

“Blonde” is now streaming on Netflix.