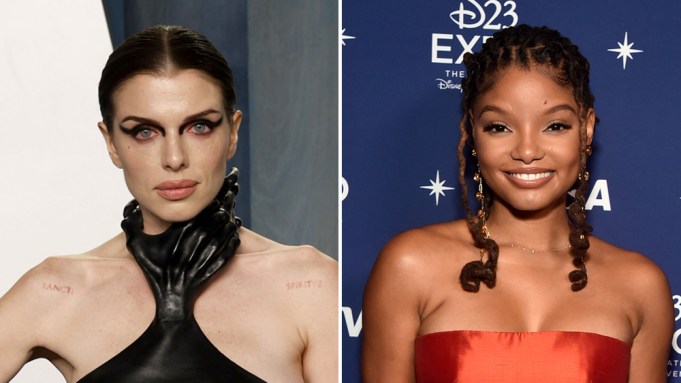 So many red carpets. So many celebs. When my editors asked me to name my top 10 red carpet interviews of 2022, it wasn’t an easy task because there were so many memorable — and often times, viral — moments.

I could have easily included Joel Kim Booster talking about his sex scene with Zane Phillips that was cut from “Fire Island.” Or how about how Ariana DeBose telling me at the Oscars how she called then-Disney chief Bob Chapek about the studio’s disappointing response to Florida’s “Don’t Say Gay” bill? I will never forget Jonathan Groff singing “The Music That Makes Me Dance” from “Funny Girl” at D23 or Omar Apollo revealing he had a childhood crush on “Wizards of Waverly Place” star David Henrie. Anitta not only sang some Britney Spears at the MTV VMAs, but she also gave me some Mariah Carey at the American Music Awards.

Meghan Trainor and TikTok superstar Chris Olsen teased their musical collaboration and Greta Gerwig told me that there are “a lot” more Ken looks for Ryan Gosling in “Barbie” than what we’ve seen so far. Austin Butler is always a treat to talk to, whether we’re chatting about Orville Peck at the Met Gala or talking about filming the “Dune” sequel at the Governors Awards. Dwyane Wade talking about his daughter Zaya and his support of the LGBTQ community will always be inspirational.

So, who made the final cut for the Top 10? Take a look at the video above for my most memorable red carpet moments with Selena Gomez, Brad Pitt, Halle Bailey, Ryan Gosling, Jessica Chastain, Jonathan Majors, Cara Delevingne and more.

I think I can say that my No. 1 moment was a “masterpiece.”