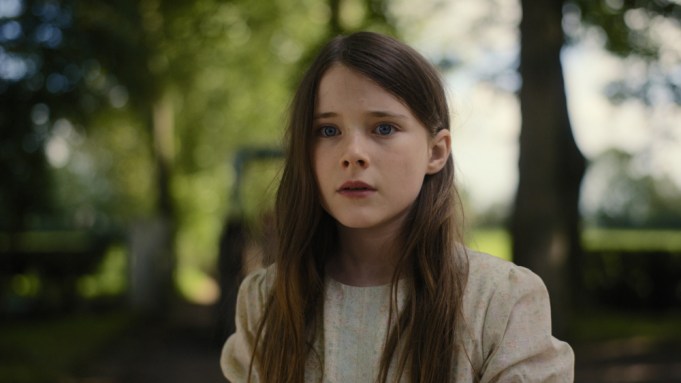 Irish writer/director Colm Bairéad’s narrative feature debut “The Quiet Girl,” which world premieres at the Berlin Film Festival in the Generation Kplus section, has debuted a clip (above) from the film with Variety. Rosa Bosch Films is handling world sales.

The film is a complex and delicate coming-of-age drama that explores questions of family, neglect and grief through the eyes of its young protagonist. Commenting on the film, director Mark Cousins said: “What a tender jewel of a film. What exquisite Ozu-like images and performances. I cried at the end.”

The director of photography is Kate McCullough, whose credits include Lenny Abrahamson’s “Normal People.” She won for best cinematography at Camerimage for the docudrama “I, Dolours” in 2018. She also shot “His and Hers,” which won the World Cinematography Award in Documentary at Sundance in 2010. The music is by Stephen Rennicks, whose credits include Abrahamson’s 2016 Oscar-winning “Room” and “Normal People.”

“The Quiet Girl” is set in rural Ireland in 1981. Cáit is a 9-year-old girl from an overcrowded, dysfunctional and impoverished family. Quietly struggling at school and at home, she has learned to hide in plain sight from those around her.

As summer arrives and her pregnant mother’s due date approaches, Cáit is sent to live with distant relatives. Without knowing when she will return home, she is left at the strangers’ house with only the clothes she is wearing. The Kinsellas, a middle-aged couple she has never met, dress the girl in what clothes they have. They are farming people, like her own, but hard-working and wanting for nothing, it seems.

Despite a warm reception from the woman, Eibhlín, the man of the house, Seán, keeps his distance from Cáit and she from him, but over time, their strained relationship begins to deepen. Slowly, in the care of the Kinsellas, Cáit blossoms and discovers a new way of living. But in this house where affection grows and there are meant to be no secrets, she discovers one painful truth.

The film is based on the story “Foster” by Claire Keegan. It was first published in the New Yorker and declared “Best of the Year” by the magazine. Bairéad commented: “Thematically, it touched upon so many areas of concern for me, things that had been present in my short drama work up to that point — the complex bonds of family, the question of emotional and psychological growth and, crucially, the phenomenon of grief and its capacity to shape us.”

He added: “From a formal perspective, the telling itself was immediately compelling — a first-person, present tense narrative told through the eyes of a young girl. It felt utterly immersive and empathetic and innately visual — so much of it is what this girl is seeing and feeling moment to moment.”

Bairéad’s first commissioned short after leaving college was “His Father’s Son,” a semi-autobiographical film about an Irish-speaking family in Dublin, which enjoyed success on the international festival circuit. His Irish-language shorts have garnered awards worldwide and his extensive documentary output has earned him numerous international and Irish Film & Television Academy award nominations and wins. He is the recipient of a distinction from the Screen Directors’ Guild of Ireland for his outstanding work as a director in the Irish language.