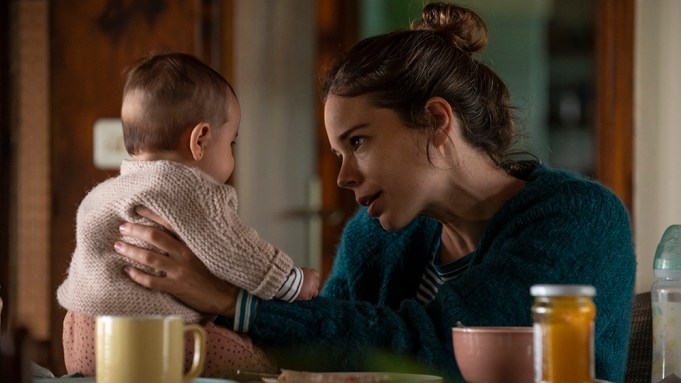 In anticipation of its world premiere at the Berlinale, Latido Films, which is handling international distribution, has provided Variety exclusive access to the international trailer for Alauda Ruiz de Azúa’s debut feature, “Lullaby.”

The film, which takes an earnest glimpse into the fraught dynamics of cross-generational caregiving, will be included as part of the Panorama strand at the fest, which lends a platform to projects covering societal taboos and topics not oft-breached by commercial cinema.

In “Lullaby,” an exhausted Amaia (Laia Costa) is tasked with seeking comfort and aid from her aging parents as her husband, Javi (Mikel Bustamante), follows his career out of town after the birth of their child. A wide range of emotions are displayed as Amaia learns to understand and engage with her mother, Begoñia (Susi Sanchez), while forging her way towards independence.

“We never talk about motherhood as a crisis. It seems like they give you a baby, and you know what to do. You’re alright in one day, two days. It’s that easy. They give you a piano, and you know how to play the piano,” reflected Ruiz de Azúa. “Being responsible for another human being is such a vulnerable thing. It’s a lot of isolation, and there’s also learning to deal with that, to define your place. Usually, if you’re a little bit lucky, you get out stronger from the crisis.”

The trailer for “Lullaby,” produced by Encanta Films alongside Sayaka Producciones and Buenapinta Media, depicts Amaia in the throes of motherhood as her family gathers for support days after she gives birth. A foreboding score plays softly underneath chaotic dialogue as the distance between Amaia and Javi is established.

Begoñia’s critical discourse lays over the juxtaposing scenes; her judgment seems the loudest, carrying the heaviest weight for Amaia whose transition away from autonomy is shown as she reluctantly returns to her parent’s home, accepting help and a bit of defeat.

Through intimate, close shots the tension between the characters is relayed. It reaches a fever pitch, plateau, and then calms as Amaia begins to witness the similarities between them all. Warm and visceral scenes continue to tell the tale of a family coming to grips with their roles in life, accepting the task of helping one another heal.

“When I was creating the film, thinking about it, I was very obsessed with the tone and the portrayal of reality. I knew I didn’t want any epic feelings. It’s daily life, and I think it’s emotional, but it’s daily life, emotion in daily life, it’s not epic,” said Ruiz de Azúa.

But, at the end, when you see the whole thing, you understand that these people have made their own journey and learned their own things, and they’re in a different place,” she explained. “There was this idea, in the movie, that this family is like so many families, they can’t easily say, ‘I love you,’ it’s not the way they relate to each other. They’re not that way, but they find their own ways to care about other people, to try and show love.”

Echoing one of the film’s underlying themes of identity, Ruiz de Azúa concluded, “I think families are very complex structures. They explain us as human beings. You can not escape your family in any way; it’s impossible, for good or for bad. Our parents are our mirrors, in the end, and you can not escape the mirror.”