Ben Affleck: ‘I Finally Figured Out’ the Best Way to Play Batman While Making ‘The Flash’ 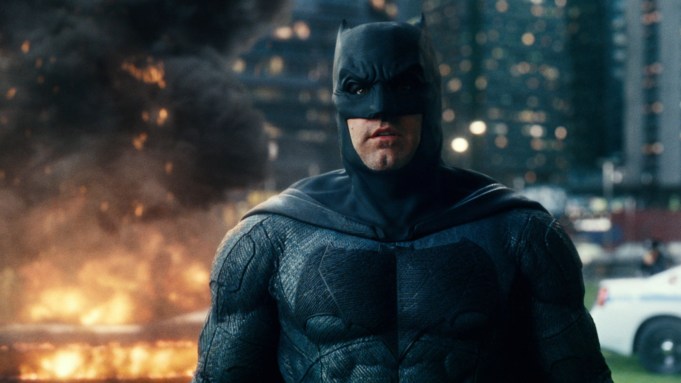 Ben Affleck has played Batman/Bruce Wayne in comic book tentpoles “Batman v Superman: Dawn of Justice” and “Justice League,” but it wasn’t until the production of “The Flash” that he realized how satisfying the role can be. “The Flash” reunites Affleck with Ezra Miller as the eponymous hero, plus it throws Michael Keaton’s iteration of the Caped Crusader into the mix as well. Speaking to The Herald Sun (via IGN), Affleck said “The Flash” is home to the best Batman scenes he’s ever done.

“I have never said this — this is hot off the presses — but maybe my favorite scenes in terms of Batman and the interpretation of Batman that I have done were in the Flash movie,” Affleck said. “I hope they maintain the integrity of what we did because I thought it was great and really interesting — different, but not in a way that is incongruent with the character.”

“Who knows? Maybe they will decide that it doesn’t work,” Affleck added. “But when I went and did it, it was really fun and really, really satisfying and encouraging, and I thought, ‘Wow — I think I have finally figured it out.’”

It appears Affleck is ending his Batman journey on a high note after the low of working on “Justice League.” The actor has been open about how personal struggles with alcoholism derailed his Batman experience, as did the behind-the-scenes tension that broke out after Joss Whedon replaced Zack Snyder as director of the comic book tentpole.

“‘[Justice League]’ was a bad experience because of a confluence of things: my own life, my divorce, being away too much, the competing agendas and then [director] Zack [Snyder]’s personal tragedy (Snyder’s daughter Autumn died by suicide in 2017) and the reshooting,” Affleck recently told the Los Angeles Times. “It just was the worst experience. It was awful It was everything that I didn’t like about this. That became the moment where I said, ‘I’m not doing this anymore.'”

Affleck was at his breaking point, and thus he exited the Batman role after “Justice League” and stepped down from directing “The Batman” standalone movie. “I looked at it and thought, ‘I’m not going to be happy doing this. The person who does this should love it,’ Affleck told the LA Times. “You’re supposed to always want these things, and I probably would have loved doing it at 32 or something. But it was the point where I started to realize it’s not worth it.”

“The Flash” will bring Affleck’s Batman back to the big screen one last time. Warner Bros. is set to open the film in theaters nationwide November 4.