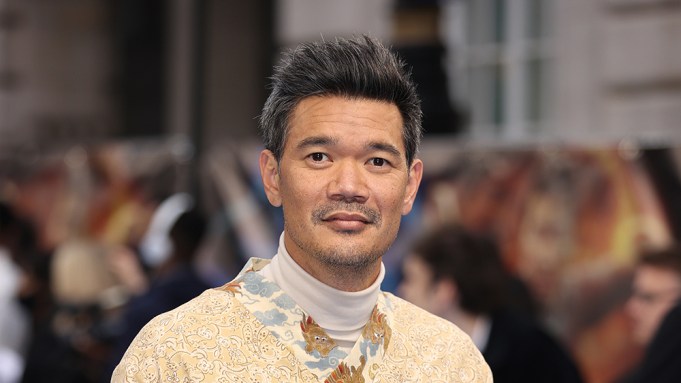 The Kang Dynasty has its leader.

“Shang-Chi: The Legend of the Ten Rings” director Destin Daniel Cretton will continue his tenure within the Marvel Cinematic Universe as the director of “Avengers: The Kang Dynasty,” a rep for Marvel Studios confirmed.

Marvel Studios chief Kevin Feige announced “The Kang Dynasty” during the company’s wide-ranging presentation at San Diego Comic-Con on Saturday, as part one of the two-part conclusion to the Multiverse Saga — similar to how 2018’s “Avengers: Infinity War” and 2019’s “Avengers: Endgame” concluded the Infinity Saga.

Unlike those films — which were filmed and directed back-to-back by MCU veterans Anthony and Joe Russo — Cretton will only be directing “The Kang Dynasty,” which is set to debut on May 2, 2025. The follow-up, “Avengers: Secret Wars,” is due to open just six months later, on Nov. 7, 2025. No director has been announced for that film.

While there have been no screenwriter or casting announcements for “The Kang Dynasty” either, the title makes clear that Jonathan Majors’ Kang the Conqueror — who will be first introduced in 2023’s “Ant-Man and the Wasp: Quantumania” — will play a central role in the film. As his name suggests, Kang did indeed successfully conquer Earth in a Marvel comics run in the early 2000s, until the Avengers defeated him.

Cretton is already deeply ensconced within the MCU, having signed an overall deal with Marvel Studios and Onyx Collective in late 2021. As part of that deal, he is also working on a sequel to “Shang-Chi” and is developing a “Wonder Man” series for Disney+, with Andrew Guest (“Brooklyn Nine-Nine”) serving as head writer. Neither project has been dated yet by Marvel.

“Shang-Chi” was the first Marvel Studios film to get an exclusive theatrical release following the COVID-19 pandemic shutdown, earning $432 million worldwide amid rolling shutdowns during the spread of the delta variant. Prior to that film, Cretton was best known as the director of the deeply felt 2013 indie drama “Short Term 12,” which helped to launch the career of its star Brie Larson all the way to playing Captain Marvel in the MCU. Larson has since appeared in all of Cretton’s movies, starring in the 2017 biographical drama “The Glass Castle,” and costarring with Michael B. Jordan, also an MCU veteran, in Warner Bros.’ 2019 historical drama “Just Mercy.” (Larson also appeared as Captain Marvel in one of the post-credits scenes for “Shang-Chi.”)

Cretton told Variety at the “Shang-Chi” premiere that he asked Larson, Jordan and “Black Panther” director Ryan Coogler for advice when he was in talks with Marvel about directing “Shang-Chi.”

“They all said yes,” Cretton said. “What really hung with me was something that Ryan told me, which was, yes, it is stressful, yes, there’s a lot of pressure, but none of that comes from the people you are working with. The group of people who are behind the studio and behind this movie, they’re incredible special and supportive. Really, they’re like kids — they love to explore. They’re curious about each scene. … And it’s all out of the love of all these fans. Every decision we made was to try to put together the best thing for all these fans.”

The Hollywood Reporter first broke the news of Cretton’s involvement with “The Kang Dynasty.”