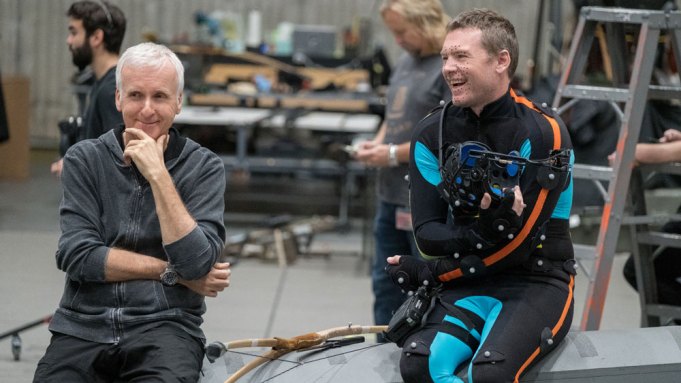 It’s been 13 years since Sam Worthington starred as Jake Sully in James Cameron’s “Avatar,” and this week, the first look at its sequel was unveiled.

“When I did the first one, I was 30,” Worthington, now 45, told Variety while promoting his new FX true crime series “Under the Banner of Heaven.” “And when the second one comes out, I’m gonna be pushing 50. In the first one I was in a wheelchair, you know. And by the time we get to the fourth and fifth, I might actually be in a wheelchair by the time we get to do it.”

As announced during Disney’s CinemaCon presentation on Wednesday in Las Vegas, the second movie in the franchise, “Avatar: The Way of Water,” will be released on Dec. 16. Three additional installments will come out in 2024, 2026 and 2028. The news comes as a massive relief to fans after years of anticipation for a return. It has taken eight years to get “Avatar 2” to the screen after at least seven delays.

“It’s great to be a part of such an amazing family and have that longevity,” Worthington added. “Jim is a very loyal man and he keeps the same people on board, but I’m a very small cog in this. There’s a big creative team behind it, and from what I’ve seen, it’s mind-blowing and marvelous what they’re coming up with.”

The second installment of Cameron’s massive series is set to showcase an underwater vision for the world of the Na’vi. Taking place more than a decade after the events of the first film, “Avatar: The Way of Water” comes back to the Sully family and the trouble that follows them.

When asked what to expect from the film, Worthington kept it simple: “It’s a Jim Cameron movie, man, what do you think?”

In “Under the Banner of Heaven,” Dustin Lance Black’s limited series adaptation of Jon Krakauer’s true-crime novel about two fundamentalist Mormon brothers who kill their sister-in-law and her baby daughter, Worthington plays a brother of the killers.

Worthington had no problem with leaving the darkness of the role on set. “I’ve got three kids, so you can’t really come home with that kind of baggage,” he said.