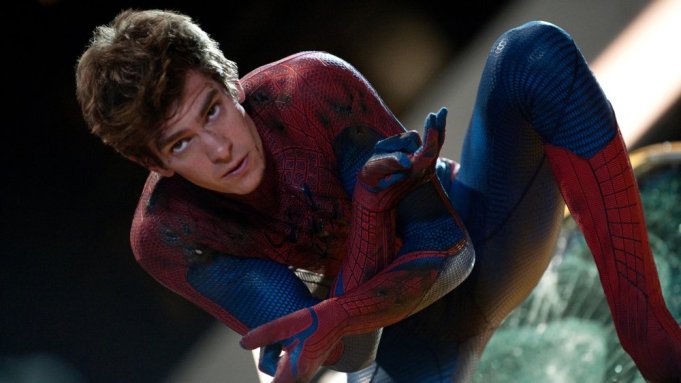 “No plans, that’s the truth,” Garfield said at Variety On the Carpet presented by DIRECTV. “Everyone’s gonna call me a liar for the rest of my life. I’m the boy who cried wolf.”

Garfield was nominated this year for best male actor in a leading role for his musical turn in Lin-Manuel Miranda’s “Tick, Tick … Boom!” Miranda, who opened the show alongside fellow “Hamilton” stars Leslie Odom Jr. and Daveed Diggs, recalled Garfield crying wolf when Miranda asked him on set in 2020 whether he was going to play Peter Parker.

“To his credit, he never said it to me,” Miranda told Variety. “He always denied it, but I was there the day it leaked. He was on my set in November when it leaked that he was in talks and I quietly went up to him and said, ‘Bro, are you in the new ‘Spider-Man?” and he went, ‘Shut up, shut up.’ It was the worst acting I’d ever seen him do. And I went, ‘He’s gotta practice that, that denial,’ and he got very good at it, but I was there when he first workshopped it.”

Did Andrew Garfield tell his #TickTickBoom co-star about his role in the new #SpiderMan?

"He did not share. I feel some kind of way about that," jokes Robin de Jesús. "But it gets better." https://t.co/IBvzOkUrxX | Variety On the Carpet presented by @DIRECTV pic.twitter.com/V0VpUYxP3w

Miranda also spoke about what inspired him to cast Garfield as “Rent” creator Jonathan Larson in the musical movie, Garfield’s first in the genre.

“I saw him in ‘Angels in America’ and I thought, ‘That guy can do anything,’ because I watched him do everything for six hours straight,” Miranda said. “I just couldn’t believe what he was doing on that stage … and what a gift to a first-time director to have an actor of that caliber who just gives you everything.”

Garfield also discussed making his musical debut on a Broadway stage, telling Variety, “I would love to do Georges Seurat in ‘Sunday in the Park With George.’ That would be so much fun.”