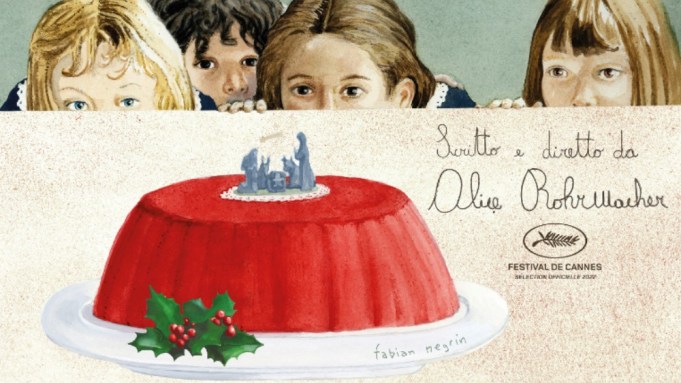 Italian director Alice Rohrwacher, whose “The Wonders” and “Happy as Lazzaro” both won prizes in Cannes, is back at the fest with “The Pupils,” a short film that is screening during her masterclass in the “Rendez-vous With…” section.

Variety is unveiling an exclusive clip (above).

Written and directed by Rohrwacher, the 37-minute short is backed by Disney and was produced by Alfonso Cuaron in tandem with her regular producer Carlo Cresto-Dina. It features a cast comprising the director’s sister and regular collaborator, Alba Rohrwacher, actor-director Valeria Bruni Tedeschi — whose latest directorial effort “Forever Young” is competing in Cannes — and also Melissa Falasconi, Carmen Pommella, Greta Zuccheri Montanari, Luciano Vergaro — aka “Catirre” — and Tatiana Lepore.

Shot in Super 16 but in 35mm format, “The Pupils” (the Italian title is “Le Pupille”) is a coming-of-age fable centered around innocence, greed and fantasy that follows rebellious little girls at a Catholic boarding school in the run-up to Christmas during an imaginary wartime.

“I was imagining paths crossing in the boarding school, and Christmas approaching in the thoughts and actions of the orphan girls left alone there with four nuns in a time of scarcity and war when the film was born,” Rohrwacher said in a statement.

As Rohrwacher puts it, “It’s a film about desires, pure and selfish; about freedom and devotion, about the anarchy that is capable of flowering in the minds of the girls within the confines of the strict boarding school. Though the obedient girls can’t move, their pupils can dance the unrestrained dance of freedom,” she said.

Rohrwacher’s short for Disney was funded through its Disney Branded Television division. Following its Cannes launch, the film will travel the festival circuit before premiering on Disney+ later this year.

“We’re very grateful that Alfonso believed Disney was the perfect home for this fable, and we were very proud [Cannes chief] Thierry [Frémaux] invited us to introduce it to the world at Cannes,” he added.