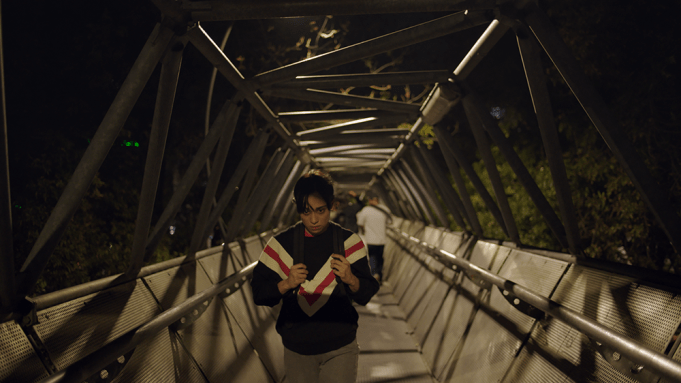 XYZ Films has acquired writer-director Michelle Garza Cervera’s hotly anticipated breakout feature “Huesera” for theatrical release in North America and has released the first teaser and poster for the film.

“Huesera” is one of the first slate of titles under its new distribution arm and an early pick-up ahead of the Tribeca Film Festival, where the film will world premiere.

The film follows Valeria, whose joy with becoming pregnant dissolves as she is cursed by a dark power. As danger surrounds her, she’s forced deeper into the occult, and a pact with a coven of witches may be her only hope. Valeria is played by Natalia Solián (“500 Millions of Red Shoes”), alongside Alfonso Dosal (“Narcos: Mexico”), Mayra Batalla (“Prayers for the Stolen”), Mercedes Hernández (“Identifying Features”), Aída López (“Capadocia”), and Martha Claudia Moreno.

The film is produced by Machete, Disruptiva Films, and Señor Z and is co-written by Garza Cervera and Abia Castillo. “With my first feature, I wanted to shine a light on the kind of characters whose stories are usually kept hidden in families,” said Garza Cervera, who will be the only female director on the Midnight line-up at Tribeca.

“Those who are silenced always hold onto the most wondrous treasures, and celebrating this was always the goal of the film,” she added. “I was so lucky to find such a talented cast and crew to tell this story, and now to have XYZ Films as a distribution home for ‘Huesera,’ who are amazing supporters of international genre films, is everything we ever wished for our film.”

This announcement comes during Cannes, where “Huesera” has been in previous years selected for the Blood Window and Fantastic 7 showcases. This year XYZ Films, which will rep the title for sales in additional territories, is introducing it to international buyers for the first time.

James Emanuel Shapiro, EVP of U.S. Distribution, spoke on working with Garza Cervera saying “Michelle is exactly what type of emerging filmmaker you hope for as a distributor: Brilliant, provocative, and passionate. Getting to work on her debut is a dream come true and we’re excited Tribeca wanted to premiere her film to the world.”

Edher Campos of Machete and Paulina Villavicencio of Disruptiva Films released a joint statement ahead of the announcement saying: “We were immediately captivated by the courageous proposal that is told from the entrails of Michelle Garza in this story. It was a challenge producing ‘Huesera’ and having the chance to portray a contrasting Mexico City from the deepest and most vibrant aspects of the horror genre.”