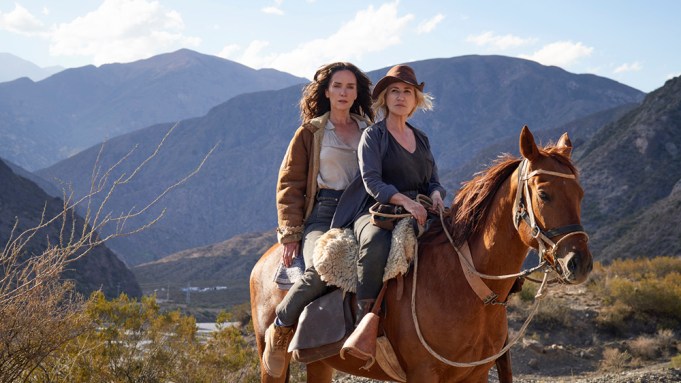 This will be the second time for a Lucchesi film to be present in Berlin. Lucchesi snagged the best feature prize at the Berlinale Generation Kplus sidebar with his feature debut, “Natural Sciences,” in 2014.

Shot mainly in the majestic Cordillera de las Andes of Mendoza, Argentina, “The Broken Land” can be described as a thriller with Western undertones, highlighted by the soulful music of composer Hernan Segret.

Drama centers on two female paleontologists, played by Argentina’s Mercedes Moran (“La Cienaga”) and Uruguay’s Natalia Oreiro (“The Unseen”), who are at loggerheads from the moment they meet. Oreiro’s character, Constanza, has come to the protected national reserve where Moran’s equally strong-willed character, Carlota, has been toiling for years. Constanza has been sent there by the foundation to check on Carlota and what they perceive as irregularities in her operations. The arrival of a man who Carlota describes as a pillager, Freddy, unites them as Carlota’s real mission becomes startlingly clear in the end.

The international trailer, which bows exclusively in Variety, kicks off with Constanza’s unwelcome reception at the camp by a hostile Carlota. Alarms go off when Freddy enters the reserve under false pretenses and sets off a chain of events that leads to a surprise revelation.

The co-production between Argentina’s Rizoma Films, Patagonik Film Group and Uruguay’s Cimarron Cine will be released in April or May by Disney’s new theatrical label in Latin America, Star Distribution.

“This gem by a top Latin American director is the perfect crossover title that can fly theatrically and in festivals,” said FilmSharks founder and CEO, Guido Rud. “When you see this gem on the big screen you will be immersed in a cinematic experience with layers and flavors not often seen; I can see major festival and prestige distributors queuing up for this pearl,” he added.