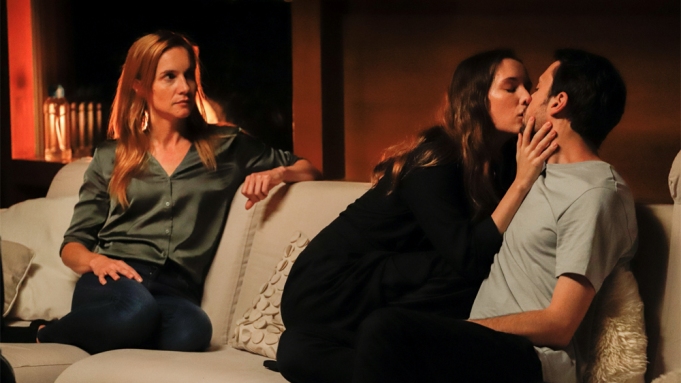 Loco’s Laurent Danielou said: “We are thrilled and excited to work on such an elegant, inflaming and deep movie where the director manages to bring this hot subject to a high level.”

Wiński said: “Our film probes the intimacy of a couple who, through video confessions, explore the limits of honesty in an open relationship. We are interested in what the characters do not say, what they are reticent to divulge, what emotions they suppress and when these emotions are finally let out.

“We examine the boundaries and meaning of their honesty. We talk about the fragility of trust and repressed feelings, about what happens when we simply pretend for a long time and deny strong negative emotions in a relationship. And about whether we are capable or should even attempt to be completely honest with each other at all.”

His short film “George the Dog, Refugee” was awarded best screenplay at the Huesca festival in Spain (2019), the special mention of the national competition at the Pragueshorts festival (2020), and best short film at the Écu festival in Paris (2020).

It is produced by Endorfilm and One Way Ticket Films, and was supported by the Czech Film Fund. The co-producers are Pink Productions, Czech Television and Poland’s Lava Films.