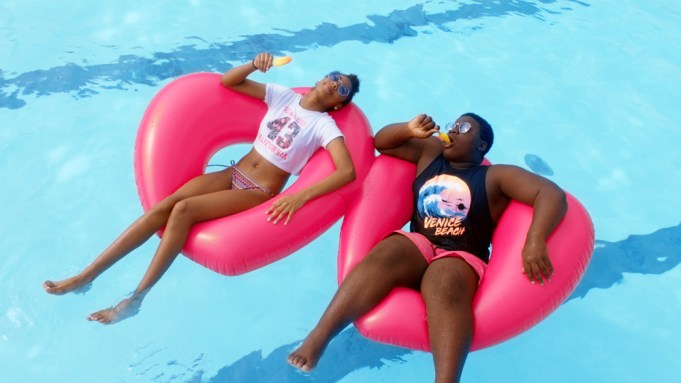 Dutch-Caribbean teen documentary “Shabu” has debuted an exclusive clip, ahead of its screening at Berlin Film Festival on Monday. Reservoir Docs is handling world sales, except for Netherlands, Belgium and France.

The film, directed by Aruban-Dutch filmmaker Shamira Raphaëla, world premiered at IDFA, winning the best youth documentary award, and also played at Rotterdam Film Festival. It screens at the Berlinale in the Generation Kplus section.

The film follows boisterous 14 year-old Dutch-Caribbean teenager Shabu over one sun drenched summer in the Netherlands, as he roams the inner-city housing project called The Paperclip, one of the most notorious neighborhoods in Rotterdam. Full of big plans and crazy ideas, he dreams of making it big as a musician and enjoys a sweet romance with his girlfriend. However, this summer he has a huge obstacle to overcome: he’s angered the most important woman of his life, his grandma, and he will have to do everything he can to win back her love.

“With vibrant colors and upbeat spirit, [Raphaëla] creates a near symbiotic sense of closeness with her singular protagonist. ‘Shabu’ represents a break from the clichéd images of downtrodden Black experience in the West, and documents a vibrant, pulsing microcosm overflowing with energy,” according to press notes.

Raphaëla said: “In society Black boys are all too often stereotyped in the media, with all the unfortunate consequences of that. In making ‘Shabu,’ I felt compelled to step to away from that dominant narrative and show the underexposed side of our Caribbean diaspora community: happy loving families, caring fathers, strong friendships, supportive neighbors, dreams and aspirations. A film filled with love, light, and joy.”

The producers are Nienke Korthof and Willem Baptist for Tangerine Tree.