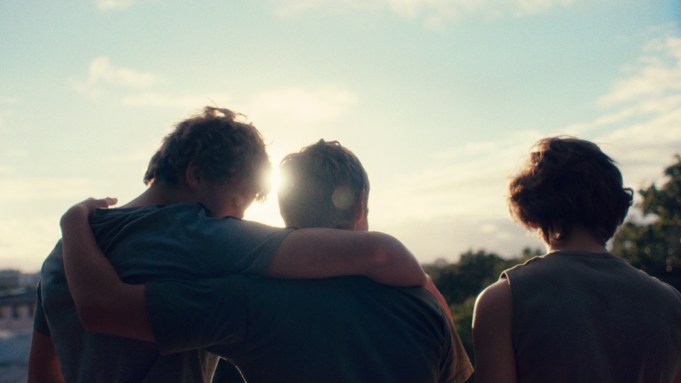 The trailer for Gu∂mundur Arnar Gu∂mundsson’s teen drama “Beautiful Beings” has debuted ahead of the film’s world premiere at the Berlin Film Festival on Friday. The film, which plays in Panorama, is being sold by Jan Naszewski’s New Europe Film Sales.

“Beautiful Beings” was shot by Sturla Brandth Grøvlen, the cinematographer on Oscar winner “Another Round,” and “Victoria,” for which he won a Silver Berlin Bear for Outstanding Artistic Contribution.

Gu∂mundsson is a name to watch after the warm reception for his first film, “Heartstone,” which premiered in Venice Days in 2016, winning the Queer Lion prize, and also played at Toronto in the Discovery section. The film won prizes at festivals in Chicago, Dallas, Warsaw, Thessaloniki, Seville, Copenhagen, Göteborg and Tromso.

“Beautiful Beings” centers on Addi, a boy raised by a clairvoyant mother, who decides to adopt a bullied misfit into his gang of outsiders. Left to their own devices, the boys explore aggression and violence but also learn about loyalty and love. As their behavior escalates towards life-threatening situations, Addi begins to experience a series of dreamlike visions. Can his newfound intuition guide him and his friends back to a safer path, or will they dive irrevocably into further violence?

Gu∂mundsson said: “It is a story about friendship that is full of youthful energy, hope and confused feelings. About a group of boys that feel somewhat unwelcome but find support in one another. ‘Beautiful Beings’ brings up the questions: What is true friendship? Can boys who seem like bad influences still be good friends? And finally, how do you find your own path? What is the importance of listening to one’s intuition? As a filmmaker my hope is to give the audience an authentic sensation of being a teenager. We should experience the boys’ world like we are there with them.”

The producer is Anton Máni Svansson for Join Motion Pictures. The co-producers are Motor, Hobab, Film I Väst, Bastide Films and Negativ.