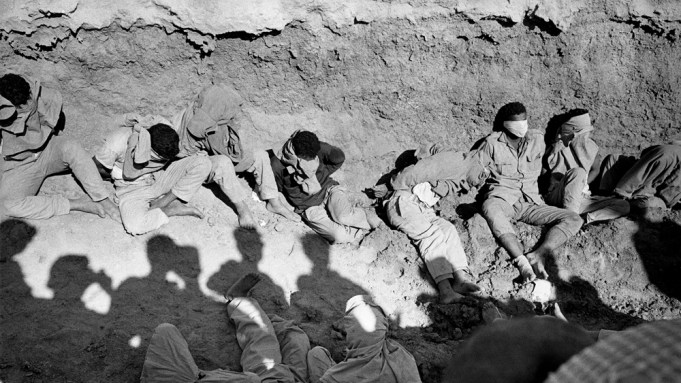 “1341 Frames of Love and War,” which world premieres in the Berlinale Special section of the Berlin Film Festival, has debuted its trailer with Variety. World sales are being handled by Reservoir Docs, excluding North America, Israel, Greece and Portugal, which are being sold by the filmmakers.

The film is a documentary portrait of one of the world’s leading war photographers, Israel’s Micha Bar-Am. It is written and directed by Israeli filmmaker Ran Tal (“Children of the Sun,” “The Museum,” “The Garden of Eden”). The producers are Sarig Peker and Tal, and the film is supported by yesDOCU.

Born in Berlin in 1930, Bar-Am found his lifelong career as a new immigrant in Israel in the early 1950s. His photographs depict diverse images of the struggles of a new nation and its ongoing wars and conflicts and much more, including personal images of his family in the most private moments.

The events and wars he doggedly pursued with his Leica camera have become internationally known, iconic images. He became a member of the celebrated Magnum collective, co-founded the International Center of Photography in New York with Cornell Capa, and his photographs have graced countless covers of the world’s major magazines.

In the film, at the age of 91, he looks at his photographs anew, wondering aloud with emotion and urgency why he photographed, and what his images reflect about humanity and history. The film is an examination of his remembrance as he grapples with the ethics of documenting war imagery and how it has affected him.

Composed entirely of archival images taken by Bar-Am over 50 years, his career is recounted as a dual voiceover: that of Micha and his wife Orna, the dedicated archivist, who has become her husband’s memory.

“Frames” reveals the enormous psychological price that comes with documenting war and other human atrocities.