Watch the First Clip of Carla Simón’s ‘Alcarrás,’ A Title to Track at Berlin’s EFM (EXCLUSIVE) 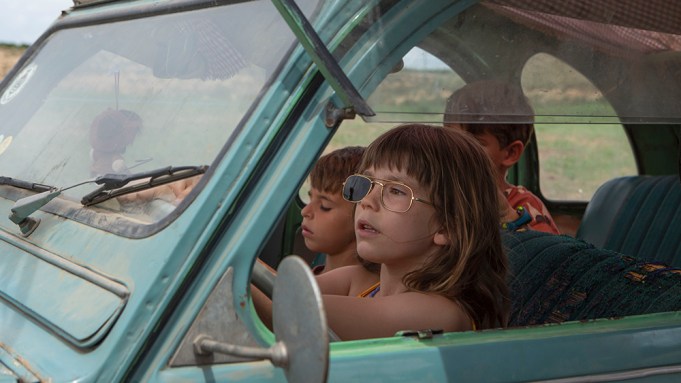 One of the hottest titles from Spain at this year’s European Film Market, is Catalan director Carla Simón’s sophomore feature “Alcarrás,” the hotly anticipated follow up to her 2017 debut “Summer 1993.” There, Paris-based MK2 Films will be talking to interested buyers of the recently-finished arthouse entry. To mark the occasion, the sales company has given Variety access to an early clip.

Less autobiographical, although still deeply rooted in Simón’s own background, “Alcarràs” turns on a multi-generational family of peach farmers who have worked on the same estate in a small village located in Lleida, inner Catalonia, for 80 years. When the owner of their large estate dies, his heir decides to sell the land, throwing the lives and livelihoods of its workers into shades of doubt. Facing an uncertain future, the family gathers for a final harvest where kids and parents alike struggle to renew a former harmony.

In the clip, we get a brief look at the daily labors of the peach farmers as they pick and prune trees while debating the best way to care for their equipment. The would-be serenity of the sun-drenched afternoon is interrupted, however, as a very real representation of their uncertain future approaches in the form of a line of large shipping trucks. With no dialogue after the trucks’ arrival, we share in the farmers’ apprehension, painted on their telling faces.

In addition to directing, Simón also co-wrote “Alcarrás” with Arnau Vilaró, a member of “Summer 1993’s” script and continuity department. The film is produced by Madrid-based production-distribution outfit Avalon – Spanish distributors of Ruben Östlund’s “The Square,” Robin Campillo’s “120 Beats Per Minute,” and producers of “Summer 1993” – Elastica Films and Vilaüt Films and co-produced by Kino Produzioni from Italy.