Sanfic Honors Chile’s Patricio Guzman Ahead of the U.S. Debut of ‘My Imaginary Country,’ Which Gets Trailer (EXCLUSIVE) 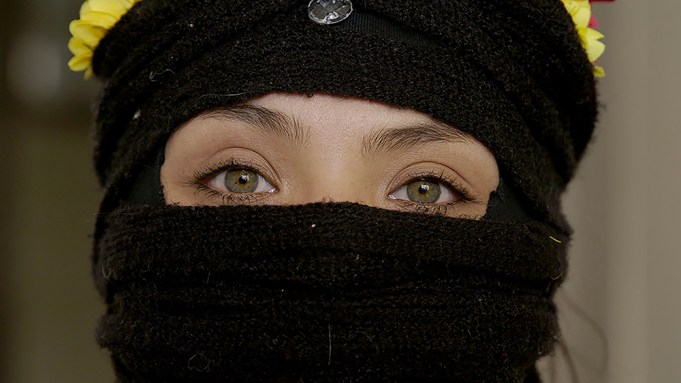 Born on Aug. 11, 1941, Guzman has made more than 20 documentaries at an average of one every two to five years. And he shows no signs of easing up.

With perhaps two exceptions, his documentaries explore the past, present and future of his beloved homeland. As he laments in his 2019 Cannes best documentary winner, “The Cordillera of Dreams,” he has lived away far more years than he has lived at home, having fled the country after being held prisoner by the Augusto Pinochet regime in the early ‘70s.

“My memories of Chile are a recurring theme in my films,” he told Variety.

“He lives in Paris but his heart and mind are in Chile every day,” said Alexandra Galvis, who has produced “The Cordillera of Dreams” (“La cordillera de los sueños”) and his latest opus “My Imaginary Country” (“Mi pais imaginario”), which world premiered in Cannes. Living in France also allows him to better secure funding for his films.

Internationally acclaimed, Guzman’s documentaries are among the few that get U.S. releases. Distributor Icarus Films has shared the North American trailer of “My Imaginary Country” exclusively with Variety prior to its U.S. rollout, which kicks off Sept. 23 in New York.

“When you want to film a fire, you have to be present at the very first spark,” Guzman was once told by French documentarian Chris Marker, who helped him make the classic “La batalla de Chile” (The Battle of Chile, 1975). He follows Marker’s sage advice whenever possible but with “My Imaginary Country,” which chronicles Chile’s massive uprising in late 2019, that wasn’t possible. “It was such a spontaneous, unprecedented event, I went after the revolt,” he said. As always, he travels with a very small team, a total of six that includes his producer-wife Renate Sachse, who has produced most of his films under their Paris-based banner, Atacama Films.

Their company is named after Chile’s stunning Atacama Desert, home to several astronomical observatories, including the ALMA, one of the largest radio telescopes in the world. Atacama is where Guzman shot his acclaimed “Nostalgia for the Light” and where his deep passion for astronomy was first kindled.

“His love for astronomy is almost as big as his love for film,” observed Galvis, adding: “I would say that his special, auteur vision of the world we live in stems from that passion, from observing the universe, from observing people. He has a distinctly acute power of observation and reflection.”

“One has to keep a third eye open for the fortuitous things that happen all the time when filming,” remarked Guzman. “You want to capture the emotion that courses through the information your interviewee gives you,” he said, adding: “Every one of my subjects has touched me profoundly.”

He has followed the same work pattern all these years. He estimates that it takes him an average of three years to make a documentary: the first year is spent writing a script, researching, interviewing and securing funds, the second is spent shooting interviews and other footage and the third is spent on editing, which is where all the pieces fall into place.

In “My Imaginary Country,” Guzman worked with a new editor, Laurence Manheimer after his regular editor, Emmanuelle Joly, decided to take a break. “It’s in editing where a story is organized,” he pointed out.

He describes “My Imaginary Country” as an action film. “It shows people debating, shouting, dancing, singing and battling against the police,” said Guzman about his account of the civil uprising that saw more than 1.2 million people, an unprecedented number, fill the streets of Santiago. The film is at once rousing, inspiring, disturbing and exhilarating. One of the more poignant interviews is with a university student who only reveals her lovely green eyes as she is dressed for street battle with a flowered hood and gas mask. Gazing at her eyes reminds you that more than 400 protesters, mostly youth, suffered eye injuries or were totally blinded as the riot police shot at them point blank with rubber bullets.

All this strife brought some profound social change. Chile welcomed its youngest president ever, the left-leaning 35-year-old Gabriel Boric, and will be voting on a referendum to change its Pinochet-era constitution on Sept. 4. Once again, Guzman’s team will be there to record this momentous event. This time he’ll be directing from Paris as he undergoes some medical treatment. “He’ll be telling us what he wants us to shoot, what things interests him and will be connected to us every single day,” said Galvis.