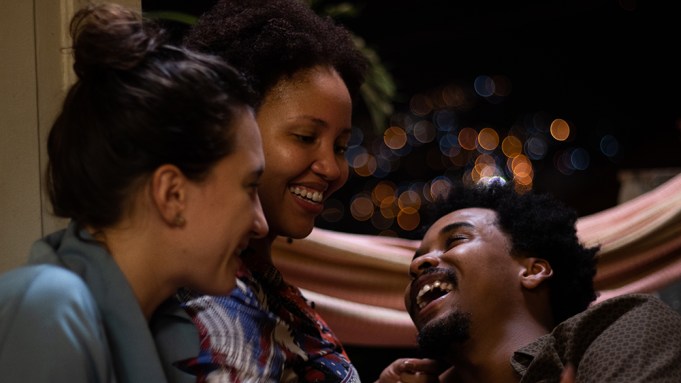 Brazilian filmmaker Julia Murat’s provocative drama “Rule 34” (“Regra 34”) has shared its trailer exclusively with Variety before its bow at the Locarno Film Festival.

If the trailer is anything to go by, the movie will make the filmmakers behind “50 Shades of Gray” blush. “Rule 34” competes in the official section of the Swiss festival which posts the following disclaimer on its site: “This film features scenes that could shock the sensitivity of some viewers.”

The trailer opens on Simone laughing and gasping as her friend strangles her with a belt followed by scenes of her double life: teasing her online viewers at night and attending law classes during the day.

Produced by Murat’s Esquina Filmes, Rio de Janeiro-based Bubbles Project and France’s Still Moving, “Rule 34” received backing from the Sweden’s Göteborg Audiovisual Fund as part of its government initiative to defend democracy worldwide where it believes that culture is imperilled. The Bolsonaro government’s slashing of Brazil’s audiovisual incentives in recent years certainly made “Rule 34” a strong contender for the fund, which extended Є35,000 (approximately R$215,000) to the film.

The cast is led by Miranda, Lucas Andrade, Lorena Comparato and Isabela Mariotto.

“Rule 34” is Murat’s third film. She has worked in various fields in the filmmaking biz and has made docs as well as feature films. Her debut feature, “Historias que so existem quando lembradas,” world premiered in Venice, was selected by San Sebastian, Toronto, Rotterdam, New Directors New Films, and won 36 international prizes, including best film at Abu Dhabi, Sofia and Lima. Her second film, “Pendular,” took home two Fipresci prizes: at the 67th Berlinale and at the 35th Uruguay film fest.