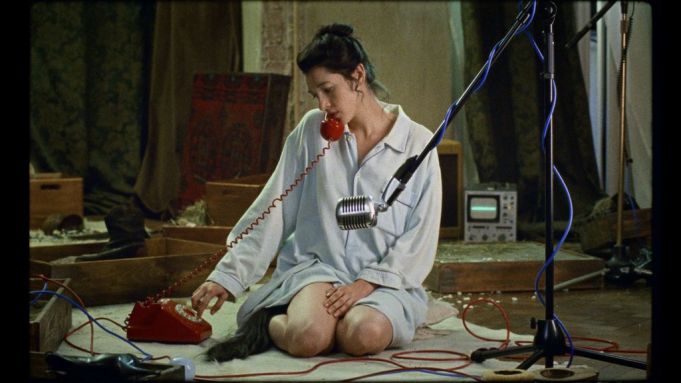 The first feature by Berlin-based visual artist and filmmaker Ann Oren, which is titled “Piaffe,” is launching on Aug. 11 from the Locarno Film Festival’s main competition.

Described by the director as “a love letter to the less recognized magicians of cinema and a playful celebration of otherness,” this German film is produced by Kristof Gerega, Sophie Ahrens and Fabian Altenried of Berlin-based Schuldenberg Films.

“When her sibling Zara suffers a nervous breakdown, the introvert Eva is forced to take on Zara’s job as a foley artist. She struggles to create sounds for a commercial featuring a horse, and then a horsetail starts growing out of her body,” reads the synopsis.

“Empowered by her tail, she lures a botanist into an affair through a game of submission.”

“Piaffe” is further described as “a visceral journey into control, gender, and artifice.”

Born in Tel Aviv, Oren’s art has been exhibited at institutions including the Moscow Biennial for Young Art, the Hammer Museum, the Tel-Aviv Museum, Anthology Film Archives, Apexart and KINDL – Zentrum für zeitgenössische Kunst. After relocating to Berlin in 2015, Oren began to shift her focus from video art and installations to cinema.

In 2020, her 16mm short film “Passage” premiered in Oberhausen Short Film Festival and won several awards including best experimental short at Slamdance. This short served as a prequel to “Piaffe.”