Continue to Variety SKIP AD
You will be redirected back to your article in seconds
Jul 11, 2022 6:26am PT 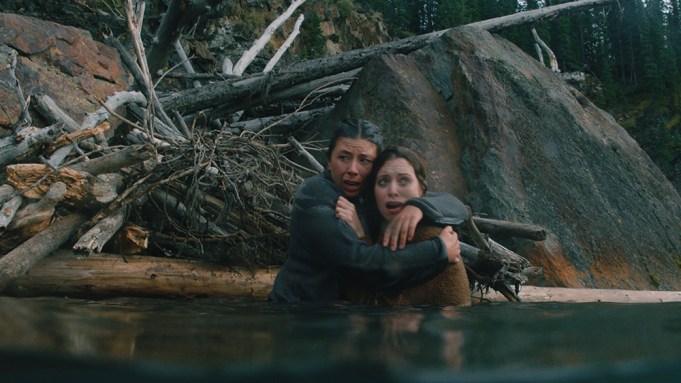 Calgary-based filmmaker Berkley Brady is working on an adaptation of Metis author Maria Campbell’s memoir “Halfbreed.” The book, published in the 1970s, recounts a life of difficulty, struggle and discrimination, but it’s also a testament to the woman who ended up as a “pillar of her indigenous community,” points out Brady.

“We are looking at developing it as a series as well, depending on the interest,” she says.

“My great-uncle, who was an activist, is mentioned in her book. He was her hero. Now, she is mine. That’s why I came back to this part of Canada: I wanted to tell stories locally. It feels like the first time in history I am able to do so, so I am just trying to make the most of the moment.”

Brady will soon premiere her survival thriller “Dark Nature” – TIFF’s selection for the Fantastic 7 showcase at Cannes – at Fantasia, admitting that both stories have one theme in common: trauma.

Variety has obtained in exclusivity the first clip of the film, which sees a survivor of domestic abuse joining her friend (Hanna Emily Anderson and Madison Walsh) on a weekend retreat in the Canadian Rockies.

“Big productions have the infrastructure to make it feel like you are not actually all the way out there – that was not us,” says Brady, recounting the difficult shoot in the mountains.

“There was a grizzly bear who came to lunch. We took all the precautions, but he was like: ‘I am going to stick around.’ It’s real – people could get hurt, so we had to be incredibly careful. We truly paid for that [setting] with our blood, sweat and tears.”

Led by a mysterious doctor, the trip is all about facing one’s struggles, but Joy questions her methods. Starting to feel that her abuser is following her into the forest as well.

“Some people are therapy junkies and they think everything can be solved this way. Others don’t believe it at all,” notes Brady, who explored a similar concept in her earlier work “Kohkum & The Quest.”

“In that documentary, I showed a woman who does ‘vision quests’ in the mountains. It’s part of the indigenous tradition here. It takes a year of preparation, because you are there, on land, for four days and four nights without any water or food. I haven’t done it, but I believe it can be therapeutic.” Still, others can see it as dangerous instead, she says, interested in examining such dichotomy.

As the all-female group ventures deeper into the wilderness, soon they will need to face something else than their past. But their internal struggles and memories continue to play a crucial part in the film.

“I thought about it a lot, worried that the first act will be too slow. But what if we start with a scene of abuse? And think of domestic abuse as horror?,” says Brady, who didn’t want to “tease the trauma.”

“The audience knows what Joy is dealing with. I just read an article about the Gabby Petito case [killed by her fiancé while they were traveling together] which was happening in the background when we were making the film. It sounded like the violence was escalating there too.”

“So many people saw them interact, saying: ‘She seemed tense, she was crying’. [Attempted] strangulation is a number one sign that you are going to be killed by your partner. This happens so often and I wanted to include it,” she notes.

“Joy is not exactly sweet, she doesn’t make for a ‘perfect victim,’ but she doesn’t deserve to be strangled. It was interesting to see which people objected to that scene, to her sticking up for herself.”

Admitting that one of “Dark Nature’s” genres is melodrama, Brady also wanted to explore the complexities of a friendship on the verge of a breakdown.

“I know that people sometimes perceive melodrama as a dirty word, but I love Douglas Sirk, ‘Beaches.’ I love to be moved,” she says.

“Thinking of my own experiences and traumas, which are woven into this too. I was such a bad friend [when I was dealing with them]. But my friends still got me through it.”

“What a paradox – you become this drag and a bummer, and they still put up with you, even though it hurts everybody. Care can also drag you down, but these women choose each other. I love that.”