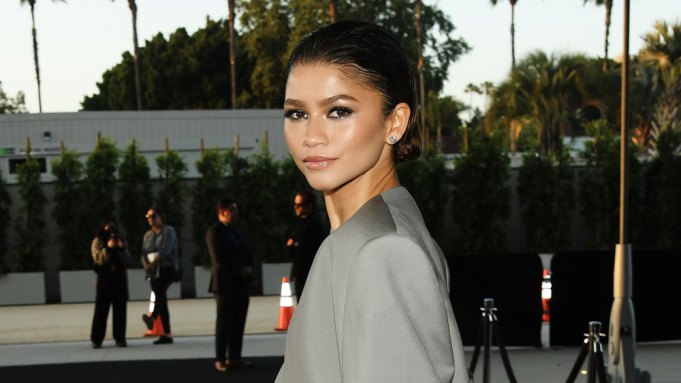 Zendaya has conquered acting and singing, but now it sounds likes she’s going to impress us with her tennis skills.

The “Euphoria” star trained for months for her role as a tennis player-turned-coach in Luca Guadagnino’s upcoming film “Challengers.”

“She’s wonderful,” Guadagnino told Variety Saturday night at the Academy Museum Gala. “I mean, wow. We edited the movie and we almost actually don’t use any of her double. She’s so good.”

The film, which Guadagnino described as a “sexy comedy,” follows Zendaya’s character as a love triangle develops while coaches her player-husband (“West Side Story” actor Mike Faist) for his big match against her ex and his childhood best friend, played by Josh O’Connor (“The Crown”).

Production wrapped in June. Former professional tennis player Brad Gilbert is a consultant on the film.

“They spent like three months working very hard,” Guadagnino said of his leads. “Everybody – technically, athletically.”

No word yet if Guadagnino will ask Zendaya to record a song for the soundtrack. “I’m waiting for the score from Trent Reznor and Atticus Ross… so we’ll see,” the director said.