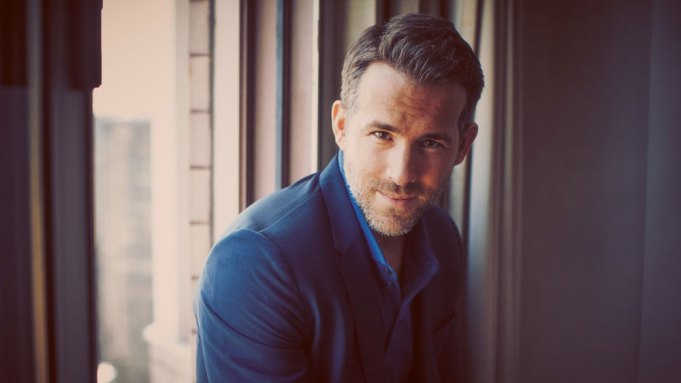 The ceremony and tribute to the actor will take place Thursday, Nov. 17, at the Beverly Hilton hotel in Beverly Hills.

“Ryan Reynolds is a Renaissance Man 2.0 for our times,” American Cinematheque board chair Rick Nicita said in a statement Tuesday morning. “He is an actor, a business entrepreneur, a writer, a comedian, a producer and a creative innovator on screen and off. Most important to us, he is a true modern movie star. He has reached the heights of stardom in movies shown on all platforms, in all genres ranging from comedies to dramas to action films or combinations of all three. His popular movies are too numerous to single out but most recently he has achieved unprecedented new levels of audience enthusiasm with ‘Deadpool,’ ‘The Adam Project’ and ‘Red Notice.’ The Canadian government recently designated him a ‘National Treasure’ and the American Cinematheque joins them in celebrating Ryan Reynolds as the 36th recipient of the American Cinematheque Award.”

Reynolds launched his career in 1991 with the television sitcom “Two Guys, a Girl and a Pizza Place.” He went to become a box office draw with films including “The Proposal,” “Mississippi Grind” and “Free Guy.” He is the owner of Aviation Gin, Mint Mobile and the Wrexham Football Club, in addition to chief creative officer of MNTN and a co-founder of Maximum Effort Productions.

The annual event is a fundraiser for the American Cinematheque’s year-round programming at the Aero Theatre in Santa Monica, Los Feliz 3 Theatre in Los Feliz, and Egyptian Theatre in Hollywood.