Paris Jackson has a few acting credits under her belt. The 23-year-old daughter of the late Michael Jackson has appeared on television shows “Star,” “Scream: The TV Series” and “American Horror Stories.” On the film side, we’ve seen her in “Gringo” with Charlize Theron as well as indies “The Space Between” and “Habit.”

But it’s her work in “Sex Appeal,” Hulu’s new coming-of-age movie, which is about a brainy high schooler (Mika Abdalla) who tries preparing for a night with her long-distance boyfriend by experimenting with her best friend (Jake Short), that may get Jackson the most attention yet. She plays Danica, a classmate known for her expertise around the bedroom. “Danica is rad. She wears combat boots, and she listens to metal music,” Jackson tells me. “That’s who I was when I was in high school. And I love how unapologetically herself she is and that she’s not slut-shamed or shamed at all. I loved that she is respected and renowned for her knowledge, which is how it should be!”

Jackson insists “Sex Appeal” isn’t your typical high school comedy. “A lot of coming-of-age films are about either the woman trying to find her love and then the movie ends with the first kiss, or the guy trying to get laid and then he gets laid,” she says. “So you know, a lot of the ones that are about sex are mainly about men. And there isn’t that much out there in pop culture that educates the women on their side of things.”

Next, Jackson has her eyes fixed on doing a Marvel movie. “I want to be a superhero or a supervillain,” she says. “I grew up reading the comics with my brothers. Every time a new Marvel film comes out, we go as a family to watch it. … They haven’t let anyone down since 2009.”

Her favorite characters? Wolverine, Iron Man and Deadpool. “They do what’s right, but they don’t do it by the book,” Jackson says. “And they have a snarkiness to them, which I love.”

She says she prefers Marvel over the D.C. universe. “I don’t think it’s either one or the other. I just think that they’re different,” Jackson says. “I don’t think one is like necessarily better than the other. Marvel is what I grew up on. It’s like comparing the Beatles and the Rolling Stones. They’re very different.”

Acting aside, Jackson continues making music. “I’m just experimenting with a bunch of different sounds,” she says. “I’ve had some good experience with folk and alternative folk but I’m learning how to be louder and learning how to add more distortion electric guitar to my stuff.”

Who’s on her playlist these days? “My top five most listened to artists of the past year were Radiohead, Manchester Orchestra, Bright Eyes, Frightened Rabbit and Mimicking Birds.”

Isabelle Fuhrman wasn’t going to half-ass her performance as Alex, a college rower in the indie sports thriller “The Novice.” She trained six times a week for six months before filming even began. During the shoot, she’d hit the gym an hour each morning, then another hour after wrapping for the day. “Your hands are getting these crazy blisters on them, and they’re popping, and you’re trying to keep them from getting infected, but they’re still getting infected,” Fuhrman tells me. “They finally callus over, and they rip off.” “The Novice,” written and directed by Lauren Hadaway, is up for five Independent Spirit Awards, including female lead for Fuhrman. “When I would get home every night, I would take a scalding hot bath and then call my mom or call my sister to decompress,” Fuhrman recalls, adding, “You’re just so physically depleted and exhausted. The exhaustion I realized very quickly was going to kind of overtake everything, but I also realized it was the most important part of my performance because it put me in a place where I felt so fragile and vulnerable, as you do when you’re tired and hungry all the time.”

But it was all worth it. Fuhrman says she’s had the greatest satisfaction when real rowers tell her how much they like the movie. “When I watch it, I know what I’m doing wrong,” she says. “But for them, I think this is the only time they’ve ever seen a movie about rowing where the actors are not on green screens. They’re like, ‘Wow, your rowing is really great.’ And I’m like, ‘Yeah, for six weeks, and like a week on the water. That’s the best that I could do.’”

Fuhrman was still a child when she first gained Hollywood’s attention playing Esther in the 2009 horror film “Orphan.” She reprises her iconic role in the upcoming sequel “Orphan: First Kill.” Leonardo DiCaprio serves as a producer on both. “When I saw Isabelle’s audition tape for ‘Orphan’, I knew we had found our Esther,” DiCaprio tells me exclusively. “Her intense, multi-layered performance as Alex in ‘The Novice’ made it abundantly clear how truly gifted an actor she is.”

“The Novice” is in theaters and available on VOD.

A memorial service will be held Jan. 8 at 11 a.m. PT at St. Monica Catholic Church in Santa Monica for John F. Bowman, the veteran comedy showrunner and key WGA leader during the 2007-08 strike. Bowman died Dec. 28 at 64.

Just received an invitation for the opening night performance of “Everybody’s Talking About Jamie,” the hit musical from the West End about a high schooler who wants to be a drag queen, on Jan. 21 here in Los Angeles at the Ahmanson Theatre. Fingers-crossed they can keep their plans. The Ahmanson’s staging of “A Christmas Carol” ended about a week early during the holidays after company members were diagnosed with COVID. 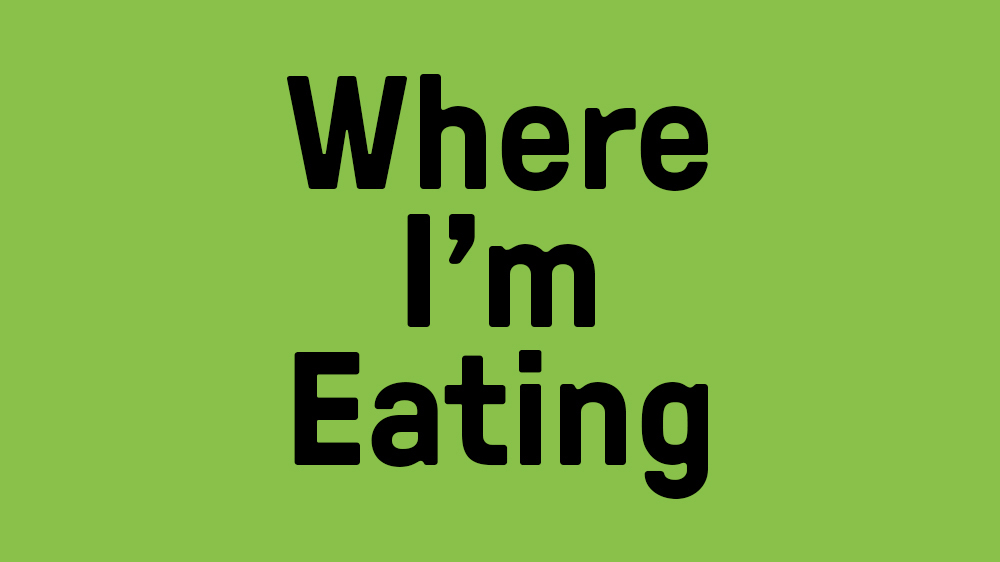 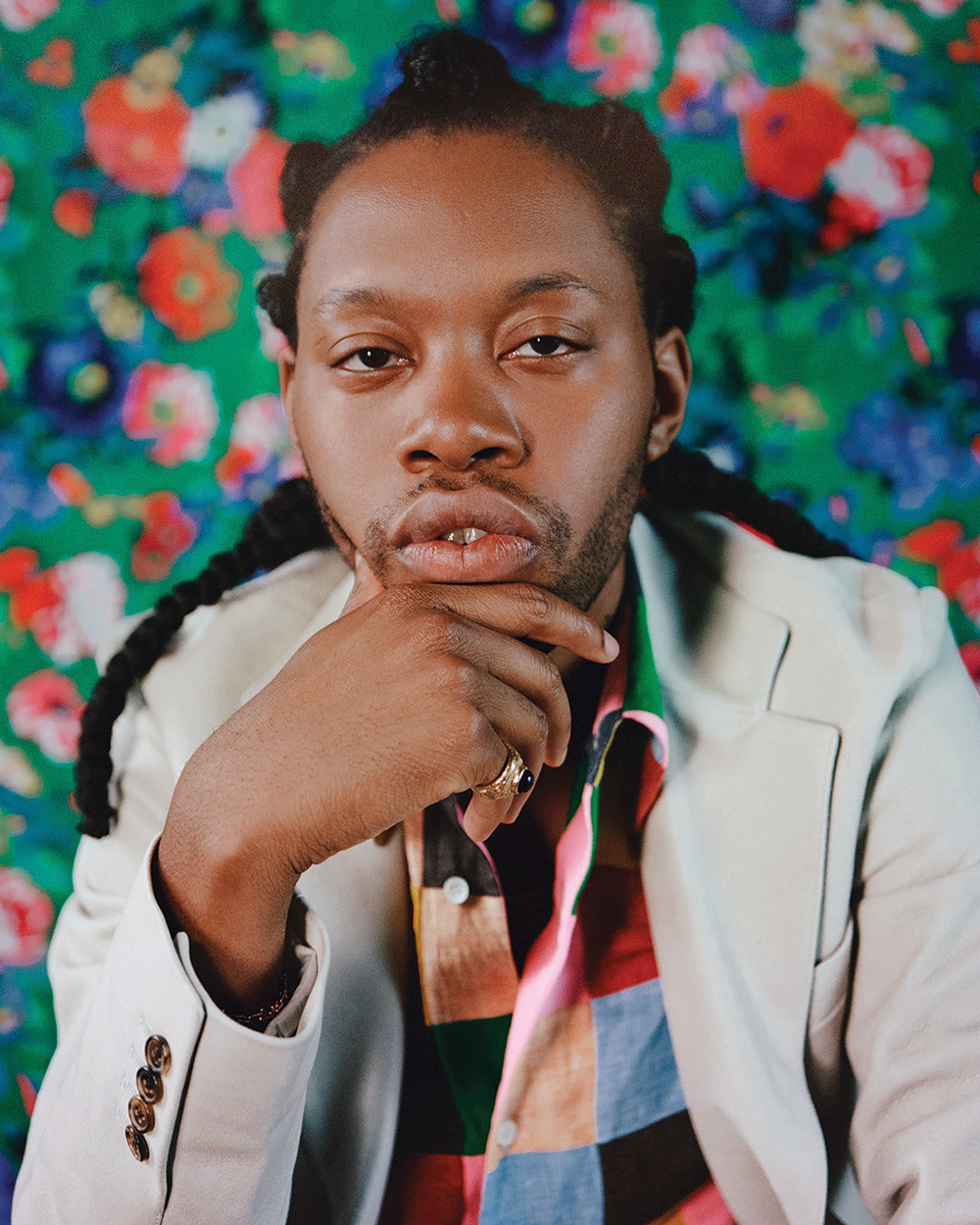 “It’s my favorite restaurant in the world. I dream about the buttermilk honey bread combination.”