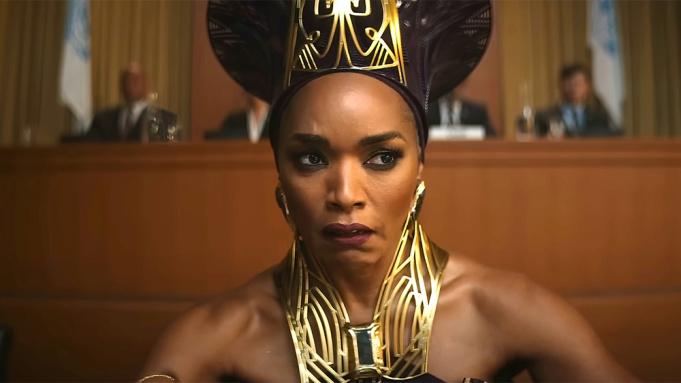 Marvel’s “Black Panther: Wakanda Forever” dominated the domestic box office in its debut, earning $180 million over the weekend and providing a much-needed lift to beleaguered cinemas. The sequel demolished the record for a November opening in North America, soaring past the previous high-water mark of $158 million set by 2013’s “The Hunger Games: Catching Fire.” Globally, the superhero adventure netted a spectacular $330 million with $150 million of that figure coming from 55 overseas markets.

Its success has a bittersweet undercurrent, however. That’s because the filmmakers behind the sequel faced a shocking off-screen tragedy before production even commenced when Chadwick Boseman, the actor who had given 2018’s “Black Panther” so much of its soul, died in 2020 of cancer. He was only 43 years old. In response, Ryan Coogler, the film’s director and co-writer, re-fashioned “Black Panther: Wakanda Forever” into a tribute for the late actor. In the movie, the kingdom of Wakanda is grappling with the death of King T’Challa — an art imitates life situation that gave the film greater emotional resonance.

Critics praised Coogler’s deft handling of the difficult material, with Variety‘s Owen Gleiberman writing, “‘Wakanda Forever’ has a slow-burn emotional suspense. Once the film starts to gather steam, it doesn’t let up.”

There were other hurdles facing “Black Panther: Wakanda Forever.” The $250 million production was shot in the midst of COVID and also had to contend with an injury to one of its stars, Letitia Wright, that required filming to be suspended. That’s to say nothing of the dramatically altered theatrical landscape that it now must navigate. When “Black Panther” hit screens four years ago, China and Russia were still major film markets. But China has become more inaccessible to Hollywood fare and Russia’s invasion of Ukraine means that studio films no longer screen in the country. So, “Black Panther: Wakanda Forever” will be a global powerhouse, but it probably won’t hit the $1.4 billion mark that its predecessor achieved (few films can these days).

As it stands, “Wakanda Forever” has the second biggest domestic debut of the year, behind the $187.4 million launch of “Doctor Strange in the Multiverse of Madness.” It also commands the third best pandemic era bow, behind the aforementioned Doctor Strange adventure and “Spider-Man: No Way Home,” which got started with $260 million.

Tony Chambers, EVP and head of theatrical distribution at Disney, Marvel’s parent company, ascribed the film’s success to “the Marvel track record,” as well as “the quality of the filmmaking.”

Most films steered clear of “Black Panther: Wakanda Forever.” However, Steven Spielberg’s semi-autobiographical “The Fabelmans” opened in limited release. Premiering in four theaters in New York City and Los Angeles, the film earned a solid $160,000 for an average of $40,000 per-screen. It faces its real test when it goes wide on Nov. 23.

The movie, a portrait of the boy who grew up to give us “Jaws” as a young man, has been generating awards heat, but it faces commercial headwinds. Movies like “Tár,” “Till,” “Armageddon Time” and “Triangle of Sadness” are beloved by critics, but have struggled at the box office. Adult audiences, it seems, have yet to come back to cinemas in force after the pandemic. In fact, Spielberg’s most recent effort, 2021’s “West Side Story,” bombed despite its glowing reviews. Will “The Fabelmans,” a tender-hearted family saga, be the thing that gets older crowds back into multiplexes? The $40 million drama does seem to be connecting with those who see it. It earned an A CinemaScore rating, which bodes well for word-of-mouth.

“Black Adam,” a comic book adventure from Warner Bros. and DC, nabbed second place at the domestic box office, grossing $8.6 million to push its domestic haul to $151.1 million. Universal’s “Ticket to Paradise,” a rom-com with Julia Roberts and George Clooney, netted $6.1 million for a third place finish. That brings its stateside total to $56.5 million. Sony’s “Lyle, Lyle Crocodile” came in fourth with $3.2 million. It has grossed $40.8 million since opening last month.

Paramount’s low-budget horror hit, “Smile,” rounded out the top five with $2.3 million. The film, which cost a modest $17 million to make (or half-a-“Fabelmans”), has earned an impressive $102.8 million domestically. That kind of result should leave the studio flashing its pearly whites.

Theater owners have been desperate for some good news. Ticket sales have been anemic since the summer, depressing an industry that was hit hard by COVID — Cineworld, the second largest exhibitor, filed for bankruptcy, and other theaters have been staring at possible insolvency. In this bleak atmosphere, “Black Panther: Wakanda Forever” could not come soon enough.

“Disney saves the box office,” said Jeff Bock, an analyst with Exhibitor Relations. “What else is new? This is exactly what they were doing before the pandemic, during the pandemic and after the pandemic.”