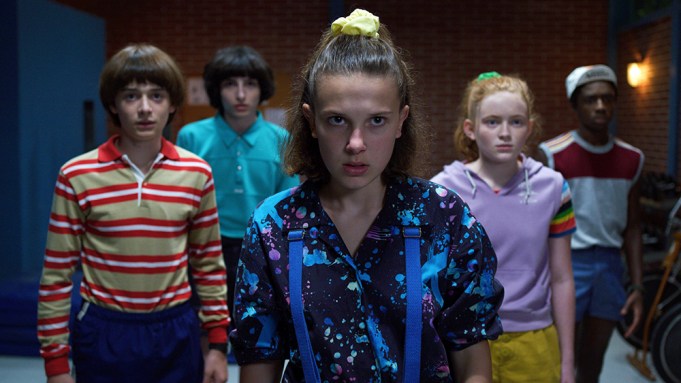 Netflix co-CEO and chief content officer Ted Sarandos proudly said “Stranger Things” is “as valuable a franchise as exists today in entertainment around the world” during the company’s Q4 earnings presentation Thursday. During the same pre-recorded Q&A, Netflix COO and chief product officer Greg Peters said while the streamer is very focused on its own titles, it’s still looking outside Netflix IP when it comes to building out a very young video games business.

“It was exciting to see the activity in the space and I think, to some degree, it’s an endorsement of the core thesis that we have around subscription being a great model to connect consumers around the world with games and gaming experiences,” Peters said, when asked directly why Netflix isn’t making large acquisitions in the gaming space, following this week’s news that Microsoft is acquired Activision Blizzard in a deal valued at almost $70 billion. “We’re open to licensing/accessing large game IP that people will recognize,” he continued. “And I think you will [see] some of that happen over the year to come.”

Earlier in the presentation, Sarandos used “Stranger Things,” which will debut its fourth season this summer, as Netflix’s “proof” it can build out a franchise “from whole cloth” versus “trying to tap into one that’s been building for 50 years.” Peters said that ability to take a Netflix title to the level where the company can “develop interactive experiences” around it is something the streamer sees as a “huge, longterm, multiyear opportunity.”

“We’re very open and we’re going to be experimental and try a bunch of things,” Peters said. “But I would say the eyes that we have the longterm prize really center more around our ability to create properties that are connected to the universes, the characters, the stories that we are building in other places and sort of magnify that value for the fans of those stories.”

Co-CEO Reed Hastings said when the “gaming muscle” that Netflix is still “very young on and building” is stronger in a few years “and then you think of the next ‘Bridgerton’ or ‘Squid Game’ coming through, that’s when we hope to really be able to pull those pieces together.”

Netflix debuted its mobile games experience globally on Android and iOS last November, allowing members to launch games from within the Netflix mobile app. The streamer launched 10 games on the platform before the end of the year.

In its Q4 earnings shareholder letter Thursday, Netflix said it will grow its “portfolio of games across both casual and core gaming genres as we continue to program a breadth of game types to learn what our members enjoy most.”

“It’s still in very early days, but generally what we’re seeing is, not surprisingly, we have a growing number of monthly active users, daily active users on these games, so we’re generally seeing good growth in that regard,” Peters said during the presentation. “But really, as we’re doing this, we’ve been building in parallel, which I’m super excited about, is this sort of internal development capacity: our own game studio, we’ve been hiring some incredible talent that brings a set of experience to the process, we’ve done an acquisition in this space.”

Peters says these building blocks of a gaming business will allow Netflix to “incrementally, gradually, over a period of time get to that sort of value” that his colleagues were speaking of: “Where we get to deliver, now, interactive experiences that are tied to the IP that we’re excited about, that are timed with it. And that, I think, is really when you’re going to see a next level of unlock around the value we can deliver to members.”

Netflix shares fell more than 20% in after-hours trading, as the company forecast 2.5 million net subscriber adds for the first quarter of 2022. For Q1, Wall Street analysts had been projecting a gain of 7.25 million subscribers, per FactSet. Netflix reported a net gain of 8.28 million subscribers for Q4, again driven by markets outside North America, to reach 221.8 million total worldwide. The streamer previously forecast 8.5 million paid net adds while Wall Street analysts expected 8.3 million, according to FactSet.