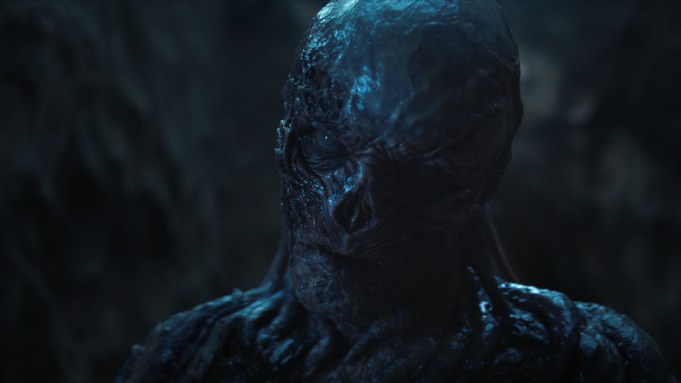 Blame it on Vecna.

Netflix’s streaming service was unavailable for a brief period early Friday after the highly anticipated release of the final two episodes of “Stranger Things 4.”

According to global uptime-monitoring site Downdetector.com, user reports of problems with Netflix spiked around 3 a.m. ET — when “Stranger Things 4” Volume 2 went live. Complaints about errors with Netflix peaked at nearly 13,000 at the top of the hour, before the situation seemed to be resolved within a half hour.

“Stranger Things 4” already has set the record as the No. 1 English-language series on the service in its first four weeks of release, as reported by Netflix based on total hours watched. The two episodes in Season 4 Volume 2 clock in at nearly four hours of runtime total: Episode 8 is 85 minutes and Episode 9 is 150 minutes.

Other streaming services have struggled to stay up during extremely high demand. For example, HBO Max suffered outages with the finale of “Euphoria” Season 2 earlier this year and with the release of the final episode of limited series “Mare of Easttown” in May 2021.

Early Friday, before Netflix apparently resolved the technical issues, subscribers worldwide took to social media to voice frustration — and share memes with “Stranger Things 4” ultra-villain Vecna — after being unable to access the service.

vecna laughing at us bc netflix crashed #StrangerThings #Netflix pic.twitter.com/a3WbOPDFtY

Stay up all night to watch stranger things finale and Netflix crashed. I feel like such a loser rn

happy stranger things day BUT NETFLIX IS DOWN UR TELLING ME I STAYED UP UNTIL 3 AM FOR NETFLIX TO TELL ME THIS pic.twitter.com/AwbaJJI2m2

NOT NETFLIX BREAKING TOO 😭 #StrangerThings pic.twitter.com/aD5NZ9hDUS

VIP+ Analysis: Can ‘Stranger Things’ Reel in Subs for Its Streamer?