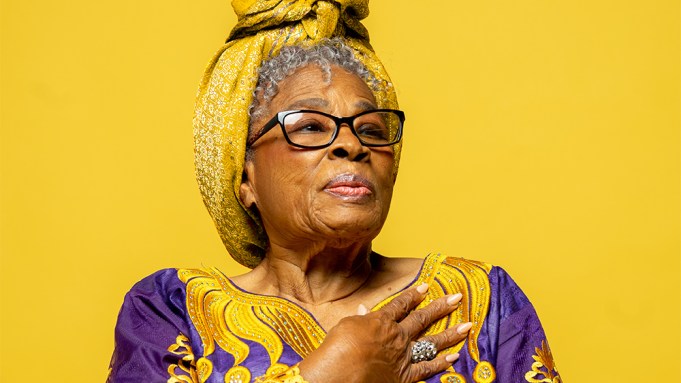 Ms. Opal Lee, whose march to Washington helped make Juneteenth a federally recognized holiday, has signed with CAA for representation.

The 95-year-old activist is often referred to as the “Grandmother of Juneteenth” after making it her life’s mission to bring national awareness to the cause. Celebrated on June 19, Juneteenth refers to the date in 1865 — two and a half years after Abraham Lincoln’s Emancipation Proclamation — when more than 250,000 enslaved Black people in Texas learned that they were finally free, marking the true end of slavery in America.

Lee marched into the spotlight in 2016, when she launched her “Opal’s Walk 2 D.C.” campaign, an initiative to walk more than 1,400 miles from her home in Fort Worth, Texas to the nation’s capital in order to bring awareness to Juneteenth.

“I just remember thinking, ‘Gee, I’m 89 years old and I think that there’s lots more that needs to be done,’” Lee told Variety in an interview last year, looking back on the first time she laced up her sneakers to march.

Each year since, Lee makes a two-and-a-half-mile pilgrimage on June 19 to commemorate the momentous day. In addition to the walking campaign, she also launched a Change.org petition to grant the occasion an official national holiday, and in September 2020, delivered 1.5 million signatures from supporters, including Jennifer Lopez and Lupita Nyong’o, to Congress.

“I’m going to keep walking, and keep on talking, until Juneteenth is a national holiday,” Lee added. On June 17,  2021, she accomplished her mission.

In honor and acknowledgment of her lifelong service, Lee stood alongside President Joe Biden and Vice President Kamala Harris at the White House as the president signed the Juneteenth National Independence Day Act Bill, officially recognizing the date as a federal holiday. Since then, Lee has been nominated for a 2022 Nobel Peace Prize.

In addition to CAA, the social impact leader, author and activist will continue to be represented by manager Dione Sims and publicist D’Aria Hookfin of Hooked On Ent, LLC.

“Establishing the federal holiday has created a vacuum for accurate information about Juneteenth, and we are honored that CAA is putting their resources to work to provide Ms. Opal the opportunities to educate the world about Juneteenth and the freedoms that were gained,” stated Sims, founder of Unity Unlimited, Inc.