Debuted ahead of Mipcom 2022, the immersive virtual hub is set to change the way content is purchased in an increasingly competitive market 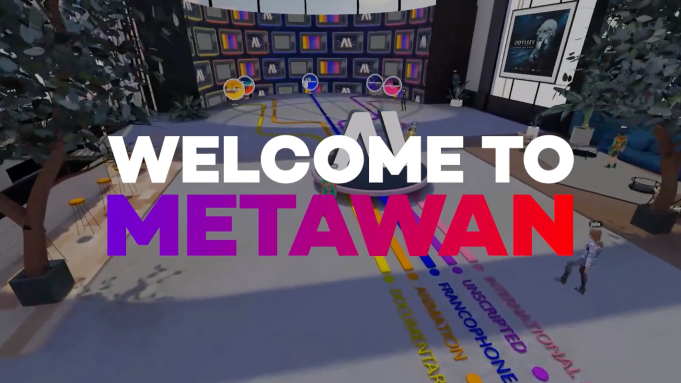 Founded in 2015, Mediawan Group has become one of Europe’s leading international co-production and distribution powerhouses. Having recently distinguished itself with the purchase of the “Zorro” reboot, the group added another feather to its cap earlier this month with the launch of Metawan, an immersive virtual hub that offers buyers around the world a brand-new experience.

Metawan debuted just ahead of Mipcom — the annual global market for entertainment content across all platforms — at a critical juncture in the industry, with competition in the market getting fiercer year after year as the COVID-19 pandemic continues.

“The distribution business has been constantly reinventing itself and integrating new skills over the last few years,” says Valérie Vleeschhouwer, managing director of Mediawan Rights. “We are proud to be on the cutting edge with this digital tool, which represents real added value for Mediawan and our content.”

Accessible from a browser, Metawan allows buyers to teleport from the welcome page to five separate rooms, each corresponding to different genres in the Mediawan catalog. Each room has a distinct color scheme, and features a screen showing an excerpt from the programs presented.

The immersive experience also lets buyers touch base directly with the sales teams, ushering in a new way of doing business at the dawn of a virtual era for the market.

“Metawan is an immersive and informational platform,” says Edouard Benadava, chief digital officer at Mediawan. “With this innovative B2B marketing tool, Mediawan is taking its first steps into Web3, allowing buyers all over the world to discover our content in a fun new way. With Metawan, our mission is to bring new user experiences to wider audiences, as well as to adapt them to our business.”

Below, see Mediawan‘s slate of documentary, drama, unscripted and animated content that will be unveiled at Mipcom 2022:

The first hour after a terrorist attack is crucial — it’s the hour when panic and fear are overwhelming, and the danger of a second attack is the greatest. This important hour of life or death forms the basis of the new, exciting thriller series “The Golden Hour.” One evening, Mardik, a driven detective of Afghan origin, receives a disturbing text message revealing that his childhood friend Faysal has come to the Netherlands. When a terrorist attack is carried out the next day, Mardik immediately suspects Faysal and goes to investigate, with drastic consequences.

It’s Christmas Eve, and a massive avalanche has engulfed Italy’s Vanoi valley, preventing rescue through the only mountain pass leading into the area. Completely isolated, with all electricity blown out and communications disrupted, guests staying at a small, exclusive ski resort are suddenly cut off from the world. What should have been a pleasant vacation turns into a nightmare of confinement in a movie full of characters with secrets to hide, witnesses in a protection program, shifty authorities and staff prepared to do anything.

Ben and Florian, two young gamers, streamers, and hackers living in a small coastal village, split their time between thankless jobs and a much more exciting double life on the web and darknet. In the Parisian suburbs, Alkan, an easygoing Albanian gangster, is ordered by his boss to eliminate a rival clan leader. But the fact is that he has been faking it for years and is incapable of killing a single soul. He secretly calls upon a contract killing service on the darknet. Little does he know who’s behind the mysterious Vrasesin website…

This story, which unfolds over the course of eight long days, follows an encounter and clash between two men: McCoy, an apparently incorruptible sheriff with a dark past, and Red Bill, a dirty, taciturn bounty killer with a desire for vengeance that cannot be fulfilled.

“Euforia” is a talent show featuring 16 singers, each of whom will perform solo and as backing vocalists for the other contestants’ songs. They will embark on a competition in which they vie to become the best in the business.

In 1991, a peaceful tribe gathered in northern Finland to take part in an extreme ecological and scientific experiment: setting up a camp just south of the Arctic Circle. Inspired by the practices of Indigenous Americans, they live collectively under teepees, practice veganism and aim to reinvent a natural tribal way of life in an industrial world that is increasingly being polluted. They are guided by Norman William, a Meétis man from Quebec, who informs them on how to live as coherently as possible with Gaia, Mother Nature.

“Odyssey: Behind the Myth” (Kepach)

Who was Homer, and what is the meaning of “The Odyssey”? In this documentary, we follow in the footsteps of Ulysses — a hero as relevant today as he was nearly 3,000 years ago — on a journey across some of the most fascinating landscapes and seascapes of the Mediterranean region.

Surrounded by fields, near a vast forest and a lovely stream where roaches wriggle and frogs croak, is the village of Bellefontaine. Here live four friends with limitless imagination who fill their days with thrilling adventures.

Marinette and Adrien are close friends during the day and unknown teammates in the night, when they transform into superheroes: Ladybug and Chat Noir. Their mission: Capture evil creatures led by Butterfly and save Paris. Marinette will always have to juggle her two identities with her goals: to win Adrien’s heart at school and to stop villains in the night.

The Little Prince sets off onboard Asteroship B612 along with two kids from our world, Charlotte and Elijah. Together, they discover the universe and its inhabitants and go on amazing adventures.

The Mediawan Rights team will be attending Mipcom 2022 from October 17 to October 20 in Cannes at stand P3.B38. To access Metawan and learn more, visit here. Check out the official trailer above.