For Indeed’s Rising Voices series, Leon Cheo shows how unspoken cultural mandates and the need to please parents can consume a child’s identity 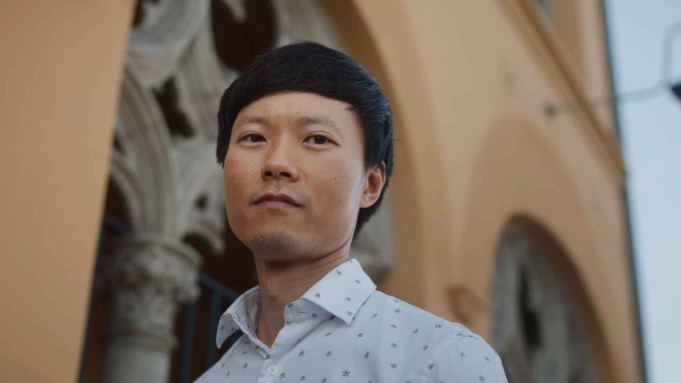 But his initial creative spark came from something much closer to home: an article he read about a man in China who dressed up as his late sister to help ease his mother’s feelings of loss and grief.

Cheo’s own parents live in his native Singapore, and he’s aware that as they grow older, he may have to help them navigate the health care system. It’s rare in Asian culture for parents to go into nursing homes or for people outside the family to provide assistance, so he knows that the burden of providing care could very well fall on him.

“It’s an unpaid job that kind of lasts a lifetime,” says Cheo.

Cheo amped up the psychological terror and turmoil in “The 25th Filial Exemplar,” infusing the story with the dark tone of a horror movie and adding sibling rivalry to the thematic mix.

While it’s often the first-born male child who becomes the favorite in Asian cultures, in this film, it’s the daughter — though the “daughter” is actually the son dressed as his dead sister. That’s who that the mother prefers, and she never lets her son forget it. The son becomes so consumed by his masquerade, and the misplaced approval and affection that it brings, he’s not only unable to hold down a job or have a life of his own, he also completely loses his identity.

“As children, we are trained and encouraged from the time we are born to crave approval and attention and love from our parents,” says Cheo. “I really like exploring the darker side of why human beings do certain things, and the cages that we put ourselves in just to seek that favoritism.”

Sisters Constanza and Doménica Castro, founders of 271 Films, who partnered with Indeed to serve as the short’s producers, were struck by Cheo’s unique take on the subject.

“There is a universal understanding of grief, a social understanding of how one should feel and behave,” says Costanza Castro. “Leon’s film brings in a new and twisted perspective to how grief messes us up and it cuts so deeply that sometimes we hurt others in our effort to cope. He goes deep with the expression that he gives it through the characters and visuals.”

“Leon has a unique perspective and voice which makes him a great fit for Rising Voices,” says Davis. “His film weaves a complex narrative that intertwines a mother-son relationship with how work defines someone’s life. The use of ancient Chinese tradition and history was also fascinating.”

Rising Voices gave Cheo and other filmmakers the opportunity and the means to realize their artistic visions on a level they may not have been able to due to financial constraints and staffing limitations, providing them with budgets of $100,000 and a $10,000 salary.

“Being selected for the program was truly a godsend last year,” says Cheo. “I was not feeling great because of the pandemic and I was working on a feature script that sort of died out. Being chosen for Rising Voices was truly a validation of where I’m going and why I want to be a filmmaker.”

Cheo was also elevated by the support and guidance he received from the mentor Indeed provided, Destin Daniel Cretton, who has directed several high-profile Hollywood films and been actively working in the industry for over a decade. Cretton met with Cheo over teleconference during various stages of the pandemic, providing the filmmaker with a vital lifeline while he was crafting his short.

“Just knowing that even someone with a lot of experience like Destin has moments where they struggle or feel doubt is very helpful,” says Cheo. “You know you’re not alone and it gave me the confidence I needed to tell this story.”