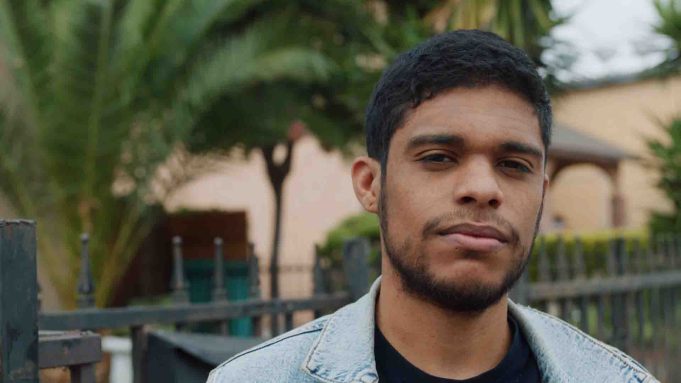 When Justin Floyd sat down to write a screenplay to submit to Indeed’s Rising Voices initiative at the beginning of 2022, he wasn’t sure what story he wanted to tell. Then he recalled a conversation with his mother about her days working as a house cleaner.

“My mom was a single parent who often struggled with providing for me and my two sisters,” says Floyd, a Los Angeles native of African and Latin descent. “As a kid, I remember her coming home with bruises on her knees and being exhausted and usually coughing. As I got older, I began to wonder what she did for a living.”

Eventually, Floyd discovered the nature of his mother’s work, which involved scrubbing toilets and inhaling cleaning chemicals. As an adult, the writer-director asked his mother, now working in the medical industry, if she would ever sanitize a home again.

“She said, ‘I’d rather get slapped in the face for money than do that kind of work,’” recalls Floyd. “At that moment, I knew that there was something really interesting to explore in terms of a parent trying to provide for their child at the risk of their self-worth and value.”

The result of that “a-ha” moment is “Malleable,” a 14-minute film about a young Black father who earns his living by being slapped across the face, at a terrifying cost.

“The script for ‘Malleable’ stood out for its courage,” says LaFawn Davis, Indeed’s senior VP of environmental, social and governance. “Justin was able to weave a complex narrative that centered on a father-son relationship while taking on issues of violence, racism and power structures in the workplace.”

Floyd considers Indeed’s Rising Voices the perfect fit for “Malleable,” which is why he applied to the program.

“Because of the themes I wanted to discuss, I definitely wanted to put this project under a production house that was focused on [building a] career and elevating voices,” he explains.

Since completing college, Floyd has made over 20 short films, many of which focus on the parent-child relationship. With “Malleable,” Floyd wanted to not only explore themes of self-worth, power dynamics and single parenting, but also workplace culture.

“Sometimes we can face harassment at work and feel like we’ve been slapped in the face and degraded,” says Floyd. “I wanted to speak to that because even with these gentrified, modern-day offices, there is still a lot that needs to be done to make for safer work environments.” 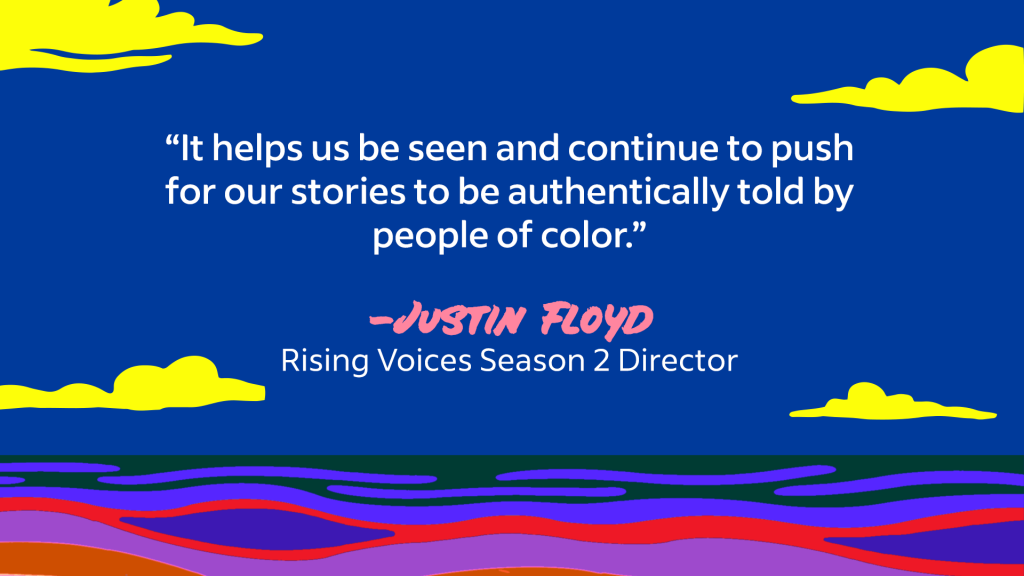 It was that mix of the authentic and the surreal that caught the eyes of sisters Constanza and Doménica Castro of 271 Films, two of the short’s producers.

“The script presented an interesting perspective to the workplace and the characters felt very real,” says Constanza Castro. “It had an absurdist tone and the pacing of the film came through.”

To bring the film to fruition, Floyd and the Castros had to swim through some murky creative waters together.

“Justin is a fast writer, with strong and assertive solutions to notes,” says Constanza Castro. “We definitely had challenges, with part of the learning curve being navigating the retention of his voice while addressing the overall notes.”

First and foremost, Floyd and the Castros were determined to make sure that the film’s core themes were never compromised, and that meant striking a delicate tonal balance. They worked diligently on a scene where the protagonist is being hit, but decides not to defend himself by striking back.

“We really felt that the character needed to break away from this societal pattern about what it means to be a man, for the film to make the point it was trying to make,” says Constanza Castro.

Working with Indeed, Floyd had access to production and post-production professionals, which afforded him the opportunity to color correct and craft sound design in a studio setting. He also had the advice of his Rising Voices mentor Calmatic, who not only helped him deliver a film that can serve as his calling card to the industry, but also imparted a wealth of wisdom on how to navigate the collaborative process and the industry at large.

“There were so many discussions about things like how to communicate with actors and work on the script,” says Floyd. “Something that really stood out to me that he said was about picking your battles with the studio and how to know which battles to pick and how important that is.”

Now that “Malleable” is completed and awaiting its debut at Tribeca, Floyd is looking forward to making his first feature film.

“Entertainment and art have really unified a lot of people,” says Floyd. “To leave something behind for people to ponder and hopefully bring some sort of change is my overall goal.”