Empowering Middle Eastern Women, On Camera and Off

For her Rising Voices short, Iranian-American filmmaker Tara Motamedi crafts the suspenseful story of a woman desperate to flee Afghanistan 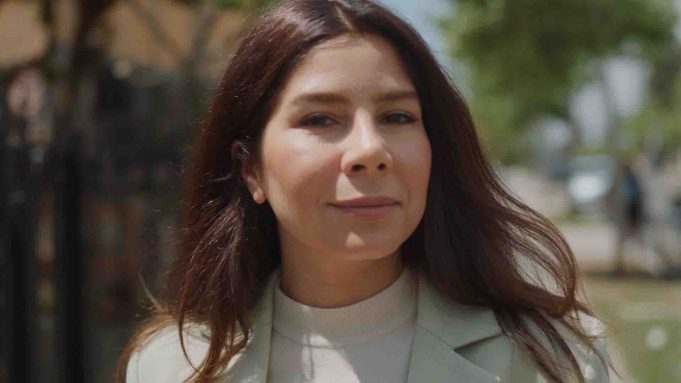 Courtesy of Indeed
When Tara Motamedi first learned of Indeed’s Rising Voices initiative from an Instagram post, she had already begun writing the script for what would become “Before Dawn, Kabul Time.”

Inspired by her experience working remotely from her Los Angeles apartment to help a friend escape Afghanistan, it was slated to be a micro-budget production, paid for with money from her savings account. But her acceptance into the Rising Voices program — which provides filmmakers with a $100,000 budget and a $10,000 salary — radically changed the game plan.

“As a freelance filmmaker, you grind and you hustle, you work really, really hard and use little to no resources to tell stories, and you try to prove yourself to the industry and other people that you can tell a story, no matter what the limitation is,” says Motamedi. “So, for a door all of a sudden to open and have someone to say, ‘Come in and make a film on a bigger platform with more resources, with a budget and with a crew to support you,’ is an incredible experience.”

Motamedi was born in L.A., but grew up in her parents’ native Iran, where she learned English by watching American television shows and movies. The experience gave her a strong appreciation for the power of cinema.

“It really made us feel like we can make movies and fight against whatever cause or injustice we want,” she says.

Having spent some time with friends in the U.S., Motamedi decided to do a web search for “film schools in America” and applied to the first one that popped up on the screen.

“It wasn’t the best one,” notes Motamedi of the university where she eventually earned a BA in film and video production and an MFA in screenwriting. “But it was good and it worked out for me. I started doing what I absolutely loved, and have been doing it ever since.”

Set against the backdrop of the withdrawal of U.S. forces from Afghanistan in August 2021, “Before Dawn, Kabul Time” tells the story of Noor, a female prosecutor who fights to protect the rights of Afghan women. Desperately trying to flee the country before anyone can make good on their threats to kill her, she phones a journalist in California, begging to help her escape before dawn on the last American plane of evacuees.

Like all participants in the Rising Voices program, Motamedi was assigned an experienced industry pro as a mentor to help guide her through the process, from conception to postproduction. In her case, it was Melina Matsoukas, director of the acclaimed romantic chase feature “Queen & Slim.”

“I would have been very happy and just honored to have been paired up with anyone,” Motamedi said. “But when I heard it was Melina, I just kind of screamed.”

Initially, the film was conceived as a retelling of Motamedi’s own story, but the Rising Voices team — not Matsoukas — convinced her to shift the focus from the American journalist comfortably ensconced in her suburban home to the Afghan lawyer experiencing the terrifying effects of the Taliban’s return to power. As Motamedi puts it, “A story told from the inside of a Los Angeles apartment can happen at any moment in time.”

Matsoukas observes: “Tara really worked on setting up the contrast between her characters’ worlds, building tension, visualizing the intensity and stakes both women were facing, and understanding how to use performance and visual language to tell a story.”

Motamedi’s biggest takeaway from Matsoukas’ mentorship was her advice to stay true to the story she was trying to tell — even when flooded with an ocean of distracting notes.

“Tara was really firm in her perspective, and I think that is one of the strongest characteristics of a successful director, to have a POV,” says Matsoukas.

“You’re the composer, right?” Motamedi asks, rhetorically. “There might be a beautiful-sounding tune from an instrument you love, but is it the story?”

It’s unlikely Motamedi would’ve been able to shift the film’s focus to Afghanistan if it wasn’t for the resources provided by Rising Voices, which enabled her to create Afghan settings on a Los Angeles soundstage and a Santa Clarita backlot. But she insists the truly impactful element of the programs wasn’t the money it provided. It was the challenges that the executives, her producers and other members of her team put her through to allow her to grow and tell a more impactful story.

“On my own, within any other program, it might not have been possible,” says Motamedi. “What Indeed Rising Voices did is that they changed the course of our careers forever.”

Motamedi had long been frustrated with the binary cinematic representation of Middle Eastern characters, who are often portrayed as either terrorists or doctors, with little middle ground given for issues of love, fear and family. She made it a point to present a more nuanced perspective in “Before Dawn, Kabul Time”; her efforts were recognized at the wrap party when Wida Karim, who played Noor, tearfully thanked her for making the film and providing an opportunity to portray a heroic and powerful Afghan woman.

Motamedi remembers her words: “This never happens. This has never happened to me as an actress. And this just doesn’t happen in Hollywood.”

In the future, Motamedi hopes her work as a filmmaker can cultivate empathy between diverse characters and audiences, and expand opportunities for people from different backgrounds, cultures, languages and traditions.

“My goal is to make a seat at the table for all filmmakers,” says Motamedi. “And if there’s no room at the table, let’s do what Indeed and Rising Voices are doing, which is building a bigger table and adding seats — 10 seats every year.”