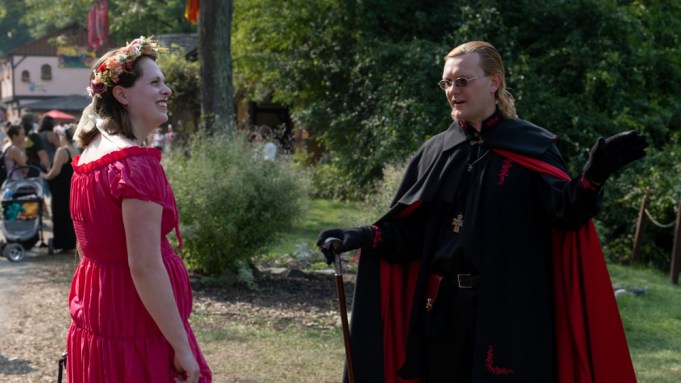 With two of last year’s nominees in the Emmys unstructured reality category not eligible this year, the Television Academy was able to infuse it with new blood in the form of Netflix’s “Love on the Spectrum U.S.” and Bravo’s “Below Deck Mediterranean” scoring first-ever nominations.

In its debut season, the U.S. version of the hit Australian show has been widely praised for its nuanced approach to its subject matter. The show follows a group of single people on the autism spectrum who are navigating the messy world of dating and relationships.

Meanwhile, Bravo’s “Below Deck Mediterranean” also earned its first nod, following last year’s nomination for “Below Deck.” “Below Deck Med” nabbed another nom for picture editing for an unstructured reality program for the Season 6 premiere, “A Yacht in Kneed.” Season 6 featured a new chief stew, Katie Flood, who joined the series (set aboard the Lady Michelle in Croatia) following the controversial firing of longtime chief stew Hannah Ferrier in Season 5.

The hit yachting series, a spinoff of “Below Deck,” has aired on Bravo since 2016. Season 7 of the show premiered on Monday, the day before nominations were announced.

Netflix’s “Cheer,” which won the category in 2020, was also nominated again this year in the unstructured category. It’s also up for picture editing for an unstructured reality program and directing for a reality program. Season 2 of the Netflix docuseries tackled the child sexual abuse allegations against cast member Jerry Harris, who was sentenced on July 6 to 12 years in federal prison for soliciting sex from minors.

Also noteworthy are the reality shows that were not nominated in this tough-to-break-into category. The much-praised Paramount+ offering, “The Real World Homecoming: New Orleans,” the third season of the series in which “Real World” stars return to their launching pad to reflect, argue and commiserate over their experiences on reality television as young adults, was overlooked by voters. Also omitted was the massively popular TLC docusoap “90 Day Fiancé,” which actively campaigned this year — seemingly for naught.

And if you thought that moving from E! to Hulu would get the Kardashian family its first-ever Emmy recognition from the Academy for “The Kardashians,” you were wrong. If Kim Kardashian wants different next year, she’s just going to have to get her ass off and work for it!