‘The Power of the Dog’ Hopes to Overcome SAG Ensemble Miss 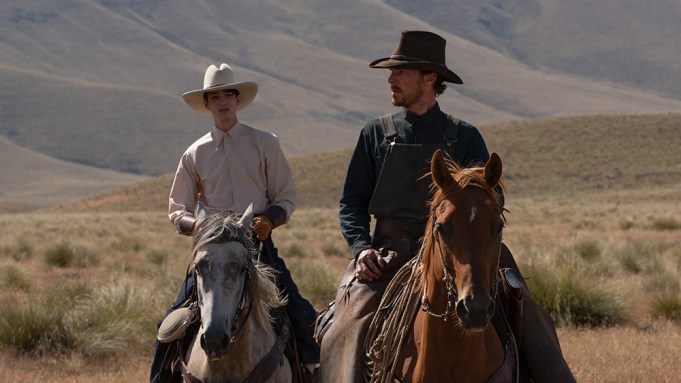 Jane Campion’s Netflix drama “The Power of the Dog” leads Oscar nominations with 12 and has run the table with precursors this season, with more than 25 wins from critics’ groups. One of its only notable misses was from the Screen Actors Guild Awards in the cast ensemble category, a spot that many previous Academy Award winners for best picture have occupied during their respective seasons. However, three of the last four winners of the Academy’s top prize have been able to triumph without it: “The Shape of Water” (2017), “Green Book” (2018) and “Nomadland” (2020). The dark western could continue that trend.

The other SAG ensemble nominees are Focus Features’ “Belfast,” Apple Original Films’ “CODA,” Warner Bros.’ “King Richard,” and MGM and United Artists Releasing’s “House of Gucci,” which is not nominated at the Oscars.

“Belfast” could prove that it still has a firm hold on the season if it picks up the top prize from the largest guild in the country. However, the feel-good and inclusive nature of “CODA” could help it follow in the footsteps of past SAG winners like “Parasite” (2019), “Hidden Figures” (2016) and “Slumdog Millionaire” (2008). “King Richard” boasts a dynamic cast of standout newcomers (i.e., Saniyya Sidney and Demi Singleton) and veterans (i.e., Tony Goldwyn and Jon Bernthal). Oscar nominee Aunjanue Ellis’ omission from the guild’s supporting actress lineup could help the film’s chances in this category, to reward her outstanding achievement that was sadly overlooked. The film may also be more visible on ballots as voting ends on Feb. 25 — two days before the ceremony — the end of Black History Month.

The Oscars prediction rankings for Feb. 17 are below. All archived predictions can be found here.