The Screen Actors Guild Award nominations, along with the longlist for the BAFTA Awards, are major precursors to the Academy Awards, so let’s take a look at how the nominations may land.

Netflix’s “The Power of the Dog” has won the most awards in five categories: picture (18), director for Jane Campion (27), actor for Benedict Cumberbatch (16), supporting actor for Kodi Smit-McPhee (19), adapted screenplay (24). It’s also in second place for cinematography for Ari Wegner (10) and score for Jonny Greenwood (7), both of which are behind Warner Bros.’ “Dune.”

With it comes to Denis Villeneuve’s science-fiction epic, it has a stronghold in multiple artisan races, including cinematography for Greig Fraser (12), editing for Joe Walker (3), sound (4), visual effects (9) and score (14). It’s also second behind Guillermo del Toro’s “Nightmare Alley” in production design, which just took the lead after wins from Austin and Chicago Indie Critics in the last week.

When it comes to the SAG ensemble category, it’s always been a strong indicator for best picture at the Oscars. Focus Features’ “Belfast” and “The Power of the Dog” are expected to make the lineup easily. But, in the vein of shocking snubs of presumed leading contenders in SAG history (i.e., Natalie Portman in “Closer” or Amanda Seyfried in “Mank”) in favor of left-field inclusions (i.e., Naomi Watts for “St. Vincent” or Nicole Kidman for “Bombshell”), we’re predicting a shocking Kirsten Dunst miss for “The Power of the Dog.” I’m hoping to be wrong, but if she did miss, that wouldn’t necessarily mean she’s in trouble Oscar-wise.

The joy and happiness surrounding the cast of Apple Original Films’ “CODA” has been palpable for weeks. Not only do I expect it to make the lineup of five, like former unique casts such as “Beasts of No Nation” (2015) and “Captain Fantastic” (2016), it very well could win the category in March.

With a talented cast of Latino newcomers and veterans, 20th Century Studios’ “West Side Story” seems like a safe bet for ensemble, especially considering past musical nominees like “Les Misérables” (2012) and “Hairspray” (2007) made the cut. Ariana DeBose, who just won the Golden Globe and is the current leader in supporting actress wins with 10, should sail through to her first SAG nom, likely alongside her co-star Rita Moreno, who’s never been nominated by SAG since the awards body has only been around since 1994. However, she was bestowed with the Life Achievement Award in 2014.

It’s hard to tell what to make of awards contenders like Amazon Studios’ “Being the Ricardos” and MGM/UAR’s “Licorice Pizza.” In the case of the former, star Nicole Kidman is coming off a surprise win at the Globes. She coincidentally has never won a SAG award, despite winning the Oscar for “The Hours” in 2003 (fellow nominee Renee Zellweger won at the SAG Awards for “Chicago”). Nevertheless, she and her co-star J.K. Simmons are viable possibilities for noms.

For “Licorice,” which is tied for the second in picture wins with the Japanese feature “Drive My Car,” it’s had some admirers from critics and audiences who have ventured out to see it, but it hasn’t landed with everyone. It would prove its strength like “Dallas Buyers Club” (2013) if it landed in the top category, and someone like Alana Haim could be an equal benefactor, who is second to Kristen Stewart (“Spencer”) in best actress win tally. Olivia Colman’s work in “The Lost Daughter” has support, perhaps even giving her co-star Jessie Buckley a fighting chance to sneak in (maybe even the ensemble?). Unfortunately, Jessica Chastain (“The Eyes of Tammy Faye”) and Penélope Cruz (“Parallel Mothers”) both seem right on the bubble.

Talking about the Lady Gaga of it all, “House of Gucci” has struggled in the past few weeks in terms of buzz and reactions from Academy members who’ve watched it. Walking into this week with a single win from New York Film Critics, one has to wonder if her spot is as secure as we once believed.

The best actor category seemingly has four secured spots for Cumberbatch, Andrew Garfield (“Tick, Tick … Boom!”), Will Smith (“King Richard”) and Denzel Washington (“The Tragedy of Macbeth”). The last spot is open to multiple leading men. Nicolas Cage is second to Cumberbatch in precursors for his turn in “Pig,” which could continue to translate on the circuit over the next few weeks. Other horses in the race are Clifton Collins Jr (“Jockey”), Bradley Cooper (“Nightmare Alley”), Leonardo DiCaprio (“Don’t Look Up”) and Peter Dinklage (“Cyrano”). I’m giving the SAG edge to Dinklage but don’t be shocked to see a young debut actor like Cooper Hoffman (“Licorice Pizza”) or Jude Hill (“Belfast”) make a play.

The supporting actor category has been dominated by Kodi Smit-McPhee, who has won four times as many awards as his next closest competitor Troy Kotsur (“CODA”), who’s picked up five. It’s also a race that looks to have four safe bets, the men from “Belfast,” Jamie Dornan and Ciarán Hinds will cement their spots for Oscars with noms here. The former’s place could be a potential nomination morning miss in favor of a child actor like Woody Norman (“C’mon C’mon”), which the group has been known to embrace, or Jared Leto, who is trying to stay above water with his co-star. It’s worth mentioning that Dornan and Hinds’ co-star Caitríona Balfe finally picked up her first critics win this week from San Diego, but in lead actress — although she’s campaigning in supporting.

Finally, when it comes to “No Time to Die,” that’s the one film that pundits and journalists may be underestimating. The only movie to pop up with every shortlisted category it was eligible for will likely have a strong showing with BAFTA. I wouldn’t count out the possibility that Daniel Craig shows up as lead actor with both groups. Here’s a reminder that he was BAFTA-nominated for “Casino Royale,” and it can be argued that “Skyfall” might have just missed the cut in best picture during its respective year. With all questions surrounding “Spider-Man: No Way Home” making it into the best picture, perhaps we’ve all been looking at the wrong blockbuster?

One note is Sean Baker’s “Red Rocket” from A24 is not eligible for the SAG Awards. Thus,  removing the cast and most notably star Simon Rex from the list of potentials.

Final predictions are down below for SAG Awards, including television. 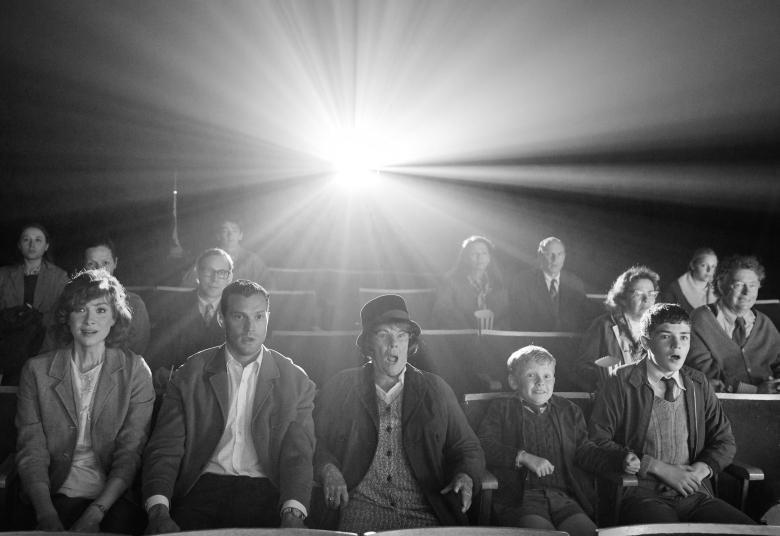 Best Performance by a Cast Ensemble

Best Performance by a Male Actor in a Leading Role

Best Performance by a Female Actor in a Leading Role

Best Performance by a Male Actor in a Supporting Role

Alternate: J.K. Simmons, “Being the Ricardos”

Best Performance by a Female Actor in a Supporting Role

Alternate: Kirsten Dunst, “The Power of the Dog”

Best Performance by a Stunt Ensemble in a Motion Picture

Best Performance by a Cast Ensemble in a Drama Series

Best Performance by a Cast Ensemble in a Comedy Series

Alternate: “Only Murder in the Building” (Hulu)

Best Performance by a Male Actor in a Drama Series

Best Performance by a Male Actor in a Comedy Series

Best Performance by a Female Actor in a Drama Series

Best Performance by a Female Actor in a Comedy Series

Best Performance by a Stunt Ensemble in a Television Series