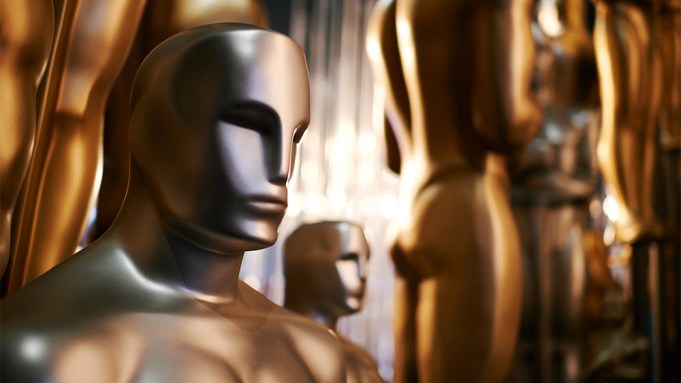 Netflix’s “The Power of the Dog,” a revisionist Western that uses a careworn genre to examine toxic masculinity, dominated the Academy Awards on Tuesday with 12 nods, the most of any film. It was followed closely behind by “Dune,” a sprawling adaptation of a popular sci-fi novel that was once believed to be unfilmable, which defied naysayers to earn 10 Oscar nominations.

“West Side Story,” Steven Spielberg’s ravishing take on a beloved musical, and “Belfast,” Kenneth Branagh’s semi-autobiographical, coming-of-age story, each received seven nominations. All four of those films are up for best picture, joining a race that includes “CODA,” “Don’t Look Up,” “Drive My Car,” “King Richard,” “Licorice Pizza” and “Nightmare Alley.”

This year’s celebration of all things movies comes as the film industry itself is in a period of great upheaval and transformation. The COVID-19 pandemic has battered the box office, which means that many of the top Oscar contenders lost money — lots of it — during their theatrical runs. “West Side Story,” “Belfast” and “Nightmare Alley” were among the many films that failed to convert critical raves into ticket sales.

At the same time, the health crisis has accelerated a transition on the part of major media companies from cinemas to streaming. From Disney to WarnerMedia, ViacomCBS to Comcast, nearly every media conglomerate has launched its own in-house challenger to Netflix, and that’s fundamentally upending the way companies make and release films. WarnerMedia, for instance, debuted all of its new releases, including the likes of “Dune” and “King Richard,” on HBO Max in 2021 at the same time they hit theaters, citing COVID. It wasn’t alone in responding to the great shifts in consumer behavior. Other new Hollywood players, such as “CODA” producer Apple and “The Power of the Dog” and “Don’t Look Up” backer Netflix, scored best picture nominations.

There were several history making moments on Tuesday. Jane Campion became the first woman to earn two best director nods with her nomination for “The Power of the Dog.” She was also nominated in the best adapted screenplay category.

With “Belfast,” Branagh became the first person to earn seven Oscar nominations in seven different categories. He was nominated for directing, producing and writing the original screenplay for the film. Branagh has previously earned Oscar nominations for best actor and best director for “Henry V,” best live-action short film for “Swan Song,” best supporting actor for “My Week With Marilyn” and best adapted screenplay for “Hamlet.”

“CODA” star Troy Kotsur became only the second deaf actor to be nominated for playing a deaf character, following in the footsteps of his co-star, Marlee Matlin, who won an Oscar for her leading role in “Children of a Lesser God.”

In a boon for domestic tranquility, “Being the Ricardo’s” Javier Bardem and “Parallel Mother’s” Penélope Cruz became the sixth married couple to be nominated for acting in the same year. Romantic partners Kirsten Dunst and Jesse Plemons, who co-star in “The Power of the Dog,” were also nominated in supporting acting categories.

Many nominees were likely surprised to see their names included in the final list of contenders, while other widely expected players found themselves shut out. Lady Gaga, who scored rave reviews for her scene-stealing work in “House of Gucci,” failed to earn a nomination for best actress. Joining her among the snubbed were Caitríona Balfe, overlooked for her sensitive portrayal of a working class mother in “Belfast,” and Denis Villeneuve, the director behind the sci-fi epic “Dune.” Villeneuve’s omission is shocking because the film performed so well in other categories and he was widely credited with wrestling Frank Herbert’s futuristic opus into a compelling piece of cinema. For an example of how such things can go spectacularly off the rails, look no further than David Lynch’s 1984 adaption of the same source material, one of the most notorious flops in movie history.

Oscar voters largely steered clear of more populist choices. “Spider-Man: No Way Home,” which has become one of the rare post-pandemic blockbusters, was overlooked in the best picture category. Its omission is bad news for the Oscar producers given that the telecast usually gets a rating boost when a popular film is up for major awards, something that happened when “Lord of the Rings: Return of the King” and “Titanic” dominated the race.

But it was a happy morning for several other actors and artists who probably expected to sleep in without getting bombarded with congratulatory phone calls. “The Lost Daughter’s” Jessie Buckley, who had been largely overlooked by other awards bodies, scored a best supporting actress nomination, while J.K. Simmons earned his second best supporting actor nomination for playing “I Love Lucy” star William Frawley in “Being the Ricardos.” “Drive My Car,” a three-hour examination of grief and art, had an unusually robust showing. It not only earned a best international feature nomination, but also picked up nods for picture, adapted screenplay and for the direction of Ryusuke Hamaguchi.

Joining Hamaguchi, Campion and Branagh in the best director race are Paul Thomas Anderson (“Licorice Pizza”) and Spielberg, who earned his eighth nod. Spielberg now ranks alongside Billy Wilder and behind Martin Scorsese’s nine nominations and William Wyler’s 12 nods in the category.

Best actor is a race between Hollywood heavyweights Denzel Washington (“The Tragedy of MacBeth”) and Will Smith (“King Richard”), along with respected veterans such as Bardem, Andrew Garfield (“Tick, Tick … Boom!”) and Benedict Cumberbatch (“The Power of the Dog”).  Best actress will be a contest between Cruz, Jessica Chastain (“The Eyes of Tammy Faye”), Olivia Colman (“The Lost Daughter”), Nicole Kidman (“Being the Ricardos”) and Kristen Stewart (“Spencer”).

The 94th annual Academy Awards will be on March 27 at Hollywood’s Dolby Theatre. The in-person ceremony will be televised on ABC. For the first time in three years, the Oscars will have a host in 2022, Craig Erwich, president of ABC Entertainment and Hulu Originals, announced in January. Variety later learned that multiple hosts will likely take the stage, however no official names have been revealed yet.

Jane Campion (“The Power of the Dog”)

Javier Bardem (“Being the Ricardos”)

Benedict Cumberbatch (“The Power of the Dog”)

Denzel Washington (“The Tragedy of Macbeth”)

Nicole Kidman (“Being the Ricardos”)

Jesse Plemons (“The Power of the Dog”)

J.K. Simmons (“Being the Ricardos”)

Kodi Smit-McPhee (“The Power of the Dog”)

Kirsten Dunst (“The Power of the Dog”)

“The Power of the Dog,” written by Jane Campion

“The Worst Person in the World,” written by Eskil Vogt, Joachim Trier

“The Power of the Dog,” Ari Wegner

“The Tragedy of Macbeth,” Bruno Delbonnel

“Affairs of the Art,” Joanna Quinn and Les Mills

“The Power of the Dog,” Jonny Greenwood

“The Power of the Dog,” Richard Flynn, Robert Mackenzie and Tara Webb

“Be Alive” from “King Richard,” music and lyric by Dixson and Beyoncé Knowles-Carter

“Dos Oruguitas” from “Encanto,” music and lyric by Lin-Manuel Miranda

“Down To Joy” from “Belfast,” music and lyric by Van Morrison

“No Time To Die” from “No Time to Die,” music and lyric by Billie Eilish and Finneas O’Connell

“Somehow You Do” from “Four Good Days,” music and lyric by Diane Warren

“Summer of Soul (…Or, When the Revolution Could Not Be Televised),” Ahmir “Questlove” Thompson, Joseph Patel, Robert Fyvolent and David Dinerstein

“The Queen of Basketball,” Ben Proudfoot

“When We Were Bullies,” Jay Rosenblatt

“The Power of the Dog,” Peter Sciberras

“Lunana: A Yak in the Classroom” (Bhutan)

“The Worst Person in the World” (Norway)

“Ala Kachuu – Take and Run,” Maria Brendle and Nadine Lüchinger

“On My Mind,” Martin Strange-Hansen and Kim Magnusson