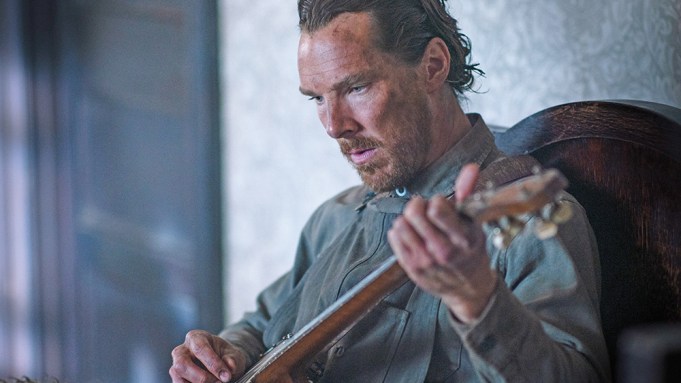 Re-recording mixer Tara Webb and dialogue supervisor Leah Katz worked on Jane Campion’s “The Power of the Dog,” with Webb delivering a powerful soundscape based on strategically stripping the sound away while Katz protected the spare dialogue, delivered by characters incapable of facing their feelings.

A lot of their early conversations with Campion centered around creating the sound of Montana and the sound of the Burbank family house, which is a pivotal part of the film’s ambiance.

Ultimately, Campion was focused on the characters and the tension that underlined the relationship between the Burbank brothers Phil (Benedict Cumberbatch) and George (Jesse Plemons), as well as their interaction with George’s wife, Rose (Kirsten Dunst), or the tense dynamic between Phil and Rose’s son Peter (Kodi Smith-McPhee).

For the vast landscape shots captured by the film’s cinematographer, Ari Wegner, Webb says, “There’s not much sound. We laid it out quite sparse, but we ended up stripping it back even more in the mix. We maybe had a wind, panning around just to get that sense of movement.” In contrast, there was more sound in the house such as the wind creaking through the environment, layered in by sound designer Dave Whitehead, which added to the oppressiveness of the house.

A terse standoff playing to the psychological aspect of the film comes as Rose is playing her piano downstairs, while Phil enters the room and starts playing his banjo. It’s a moment that highlights the animosity between the two, as sound helps amp the tension and his mere presence is torments Rose. The sound of Phil’s boots and his spurs are a psychological device. The creaking of a door, a chair scraping and finally, his strumming of the banjo are all elements of sound that come into the front speakers in the same way they come into Rose’s psyche.

Webb and Katz got to world-build through a blank canvas of sound adding in elements such as the cowhands and the voices heard off-screen.

Originally, they had thought about using a loop group in Montana outside on a field. “We wanted to get the real acoustic,” Katz says, but Campion decided to use the actors who were on set and in the film. “Some of those actors were real cowhands, and they knew the characters. What they offered us felt authentic and right.” In building the soundscape, Katz adds, “Anytime we hear them, it’s because of the effect Rose or Phil have on the world — it’s shown through the other people in the spaces.”

An early restaurant scene is most representative of who Rose was. Says Katz, “That moment gives you a really good understanding of who she was before all this started — which you don’t get to see much of, but she could play, she was loved and everyone celebrated her.”

Furthermore, Webb and Katz are a rarity this season. Women remain grossly unrepresented in this year’s shortlist contenders in the sound category – there are five women to 37 men who made the cut. Webb and Katz are two of the five on that shortlist. Says Webb, “It was the first time I had ever been in a mix room where it was 50-50 men and women. Jane said [when I pointed how awesome it was to be in a room like that,] she makes an active effort to hire female creators whenever she’s working.”