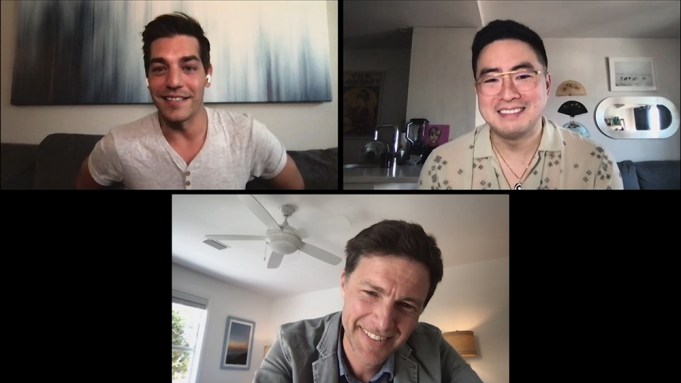 “The podcast is a true source of joy,” according to Bowen Yang, co-creator of podcast “Las Culturistas.”

At the Variety Entertainment Marketing Summit, presented by Deloitte, Conal Byrne, CEO of iHeartMedia’s digital audio group, sat down virtually with Yang and co-host Matt Rogers to discuss working with Will Ferrell and finding happiness in their fifth year of producing “Las Culturistas.”

Yang and Rogers met at NYU, where the pair did comedy in the school’s “little bubble” before each venturing out to bar and basement shows post-graduation. Yang was more focused on improv, while Rogers was doing sketch comedy and dabbling in musical theater as well.

“You understand the Capulet Montague of it all really combining,” Rogers joked. “It was not approved of our relationship, but it flourished despite it all.”

Yang and Rogers started “Las Culturistas” in 2016 shortly after graduating, while Yang was working in marketing, doing graphic design at an e-commerce site, and Rogers was waiting tables while pursuing acting.

Speaking on the moment they found out Ferrell wanted them to join his network, Yang said it felt “scary, cool, thrilling, paralyzing all at once.”

“I got that sense from him immediately that there was this warmth and generosity,” Yang said. “And I feel like that’s reflected in the programming slate for the network.”

Yang and Rogers are set to executive produce a new podcast series called “The Feed” with Ferrell, an opportunity Rogers says would have made his younger self freak out.

While continuing to host the podcast, Rogers has appeared on “Our Cartoon President” and produced the series “Gayme Show,” while Yang was hired to write for “Saturday Night Live” in 2018 and joined the cast the following year.

“I find it very meaningful that I’ve made the choice to prioritize the podcast, even with everything going on,” Yang said.

The co-hosts also discussed the importance of joy and laughter during this difficult time.

“It’s our job to just make our audience feel good,” Rogers said. “Something that I’ve loved hearing from the audience is that in isolation, it felt like they were hanging out with friends while they were listening to the podcast.”