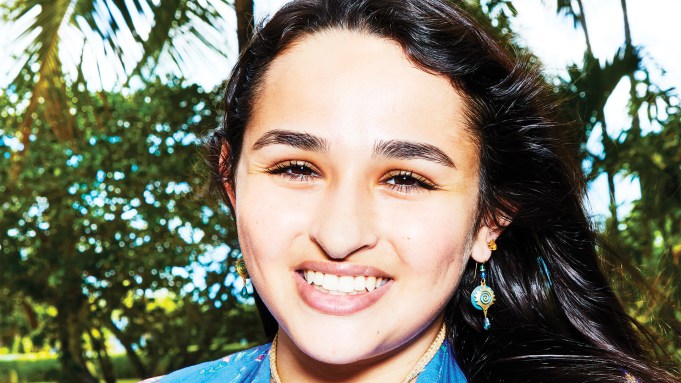 I’m so proud to bring you our annual Pride Issue, which highlights the joys and struggles of trans youth. Our charismatic cover subject, 20-year-old Jazz Jennings, made headlines in 2007 at age 6 when she gave a nationally televised interview to Barbara Walters about identifying as a girl. That led to Jennings’ popularity as a TV personality and YouTube sensation and her becoming a vital role model for so many in the trans community.

“It’s not hyperbolic to say that Jazz has actually saved lives,” says GLAAD president Sarah Kate Ellis. “She’s shown trans youth that you can be happy, healthy and accepted. And in the trans community, representation matters greatly. So many trans youth are at risk and have contemplated or attempted suicide, so seeing someone like Jazz is a bright light for them.”

Jennings and GLAAD have crossed paths many times over the years: Her reality show “I Am Jazz” was nominated for five GLAAD Media Awards, with one win; her 2007 and 2011 follow-up interview with Walters were each nominated; she’s participated in the annual gala and other endeavors.

Jennings has been an outspoken critic of the horrific anti-trans legislation in this country. This year, upwards of 100 bills targeting transgender people have been introduced in more than 30 states, eight of which now have laws banning trans children from participating in school sports. Arkansas and Tennessee have made it illegal for trans kids to receive gender-affirming care.

“‘I Am Jazz’ should be required viewing for the legislators who are working to harm trans youth,” says Ellis. “I think it would shift their view, change their minds and stop them from dehumanizing trans people. Jazz humanizes trans people by telling her story in a really positive, affirming way.”

When asked if she thought Hollywood was making inroads by providing more opportunities for trans actors, filmmakers and storylines of movies and TV shows, Ellis says that while things are looking up, there’s still much work to be done.

“We’re not at perfection, but I think it’s progressing,” she says, citing shows that have helped raise the visibility of trans and nonbinary characters, including the “Saved by the Bell” revival, “Disclosure,” “Star Trek: Discovery,” the animated series “Madagascar: A Little Wild,” the kids/tween series “First Day” and of course “Pose,” which ends its run this month.

It is also notable that two high-profile entertainment figures went public recently with their own personal revelations. Elliot Page came out as trans in December, and Demi Lovato revealed she was non- binary a few weeks ago.

“It’s been a pretty amazing year,” says Ellis. “We want to see more progress, but we like the direction it’s going in right now.”

Unfortunately, the same cannot be said for the state of our country with regard to the proliferation of discrimination and hate crimes coupled with the anti-trans legislation.